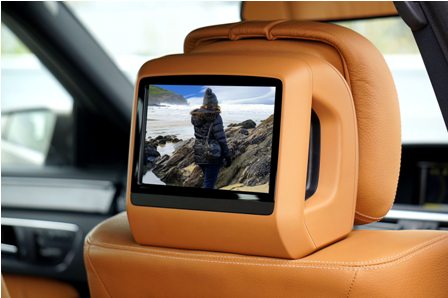 Proposed updates to UK’s Highway Code suggest drivers using self-driving cars will be allowed to watch TV on built-in screens. True, this may not have direct impact on South African drivers but given that we follow the rest of the world it is appropriate that we examine the reasoning and ‘flawed’ thinking process.

While this might be a possibility to safely do sometime in the future, right now it presents a few challenges and possibility contradicts what is currently said about distracted driving.

The CEO of MasterDrive, Eugene Herbert, adds that the proposed amendment says a driver must be ready to take back control of their vehicle at any time. “This will be made possible by indicating on the screen that the car needs the driver’s attention so it would be impossible for them to not know they need to turn their attention away from the screen.

“When considering the viability of this proposed amendment one needs to factor in that self-driving cars are actually still in their infancy. In the UK, it is only expected to be allowed on the road towards the end of this year while in the US concerns were raised after self-driving cars were involved in crashes already. The next few years of self-driving cars is likely to be a period of great learning and understanding of what can be realistically expected at the outset. Considering legalising watching TV whilst using a self-driving car during this learning phase may be reckless at best.”

It is interesting that while lawmakers are proposing legalising TV watching, the use of cellphones remains forbidden. “The theory behind this is that if the technology used to watch TV comes with the car, drivers can be forced to stop watching when necessary. Similar technology, however, does not exist with phones.

“If the transition to self-driving cars is being driven by research that suggests 88% (90% in some parts of the world) of accidents are related to human error, is human error being factored into how drivers decide to use their autonomous vehicles? What message is being given to drivers when they can watch TV while driving but not use their phones? How many drivers will equate cellphone usage to being less dangerous than watching TV and justify their decision to use phones based on this reasoning?”

Additionally, in recommendations published in a recent Law Commission, it suggested human drivers are not legally accountable for road safety in the era of autonomous cars. “Once again, if this is accepted the decision to use a cellphone in an autonomous car may be more easily made if the driver isn’t responsible for the consequences should something go wrong.

“It is important to realise current technology is assistive and not completely autonomous. In the UK, there are limitations to use of autonomous technology including the driver remaining ready to assume control. Yet, what message is being sent to drivers when they are told they may watch TV but not use their phones? While there is a specific reason for this, will all drivers be aware of this reasoning and realise justifying phone usage based on this is not a valid comparison?”

Another factor to consider is there are three different types of distracted driving. “One of these is cognitive distraction which in the context of cellphones means that even though you put your phone down or you ignore a call, your attention is still focused on the phone and not 100% on the road.

“Now apply this theory to watching TV and think of someone watching something suspenseful and the vehicle cuts that in the middle when their attention is required on the road. Physically, one may be looking ahead of them and have their hands and feet in the right places but their mind is still in the wrong place.”

All these concerns need to be considered as we move to driverless vehicles. “It may be more realistic to realise that the transition to completely driverless cars may still take a long time and that drivers will retain much of the responsibility whilst this transition is happening. Legalising watching TV while using a vehicle might be a bit too early, unrealistic and harmful to strides made against distracted driving” says Herbert.