Revealed: Nearly A Third Of Brits Give Their Car A Name; Some Even Love It More Than Their Partners 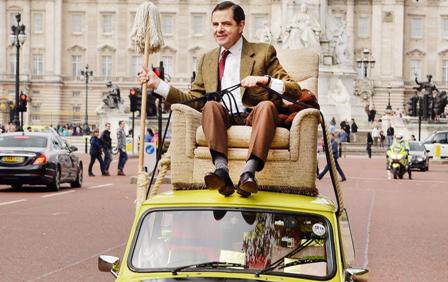 Almost a third of UK motorists have confessed to giving their car a name, with some Brits admitting to naming it after a family member or loved one, according to new research by ŠKODA UK.

In a survey of 2,000 drivers, 32% revealed they had named at least one vehicle they had owned, with a quarter of those admitting to naming three or more vehicles during their lifetime.

ŠKODA’s research further acknowledged the individual relationship we have with our cars, with over 450 unique names given by motorists. Some of the more common ones that surfaced multiple times included Betty, Freddie, Daisy and Rosie. Beyoncé, Harrison Ford and Elvis Presley were the celebrity names listed while Bubbles, Beast, The Brussel Sprout, Zorro and Ketchup were examples of the more amusing choices from drivers.

The most popular reason for Brits choosing a particular name was simply because it made the car owner chuckle (29%) – a reminder of the quirky British sense of humour. Many drivers (20%) picked a name because they thought the car looked like that particular name, while others revealed they named their car after a loved one or family member (8%) or because it reminded them of someone special (10%).

The findings from ŠKODA, whose in-car voice control assistant is called Laura, also found that female drivers were almost twice as likely as male drivers to name their car, meanwhile, men were much more likely to use the name of a loved one or relative (12%) compared to women (6%).

Those living in the West Midlands came out on top as the region who liked to demonstrate affection for their vehicle by giving it a name (37%), whereas drivers living in Scotland (25%) and Wales (25%) were less inclined.

This tendency extends beyond simply naming vehicles – ŠKODA’s research also found that Brits had an incredibly strong affection for their cars, with 10% of motorists admitting they loved their car more than their spouse or partner, and one in seven claiming that their love for their car superseded that of their parents and/or siblings.

A spokesperson at ŠKODA UK, said: “Naming a car is just one of the many ways that demonstrates the relationship we have with our cars. Our in-car digital assistant, named Laura, can carry out a number of different functions at the driver’s request. With the ability to speak six languages and a permanent online connectivity, she is a valuable driver aid for owners.”

0
SHARES
FacebookTwitterSubscribe
Facebook
Twitter
Pinterest
WhatsApp
Previous articleLock down easing: Safe Tips on How to keep both Construction Workers and Yourself Safe
Next articleLocally made Hyundai Palisade SUV Goes on Sale in Nigeria