No Going Back on August Clamp Down on Number Plates Violation, says FRSC

…Goes Tough on Tricycles and Motorcycles Without Class”A” Drivers Licence

Pursuant to the need to curb the growing rate of crimes and crashes associated with Motorcycles and Tricycles and the quest to improve upon the existing National Drivers and Vehicles Database, the Federal Road safety Corps (FRSC) has reiterated its position to clamp down on motorcycles and tricycles operating without number plates and their drivers operating without the class “A” drivers license with effect from 1st August, 2019.

In a press release, Bisi Kazeem, Corps Public Education Officer, FRSC, revealed that the Corps Marshal Dr Boboye Oyeyemi has ordered the clampdown on riders of motorcycles and tricycles without class A rider licence saying that the action is in tandem with the provisions of Section 10 Sub Section 4(h) and (i)of the FRSC (Establishment)  Act, 2007.

The  Corps Public Education Officer  said that in order to ensure an easy process of acquisition of the number plates and the Class “A” Drivers license, the Corps Marshal has notified Motor Licensing Authorities (MLAs) across the country to make the processes less cumbersome for  applicants  so that motorcycle and tricycle operators can have a smooth and hitch free process of acquisition  of the Uniform Licensing Scheme Products.

Speaking further, Kazeem also quoted the Corps Marshal as saying, that applicants who desire to acquire  fresh  class “A” License must first present themselves for driving test at the Vehicle Inspection Office before advancing to the capturing unit for continuation of the process.

Giving a further insight to the reason for the clamp down on 1st August, 2019, the Corps Public Education Officer asserted that the Corps is not ready to take excuses any more as far as Class ‘A’ License and number plate registration are concerned.

Accordingly, “All tricycle and motorcycle operators must be licensed before they could be allowed to operate so as to enhance established processes for fishing out untrained and unqualified drivers on the roads. In addition, he stated that the growing reports of crimes associated with motorcycles and tricycles has made the clampdown imperative so that the successes already recorded by the Corps through the proactive deployment of the National Vehicle Identification Scheme, especially in the area of national security Intelligence would not be undermined.

It will be recalled that the Corps Marshal had earlier issued an express directive to FRSC Commanding Officers nationwide mandating them to engage the relevant stakeholders and associations  on the proposed clampdown. Corps Public Education Officers have equally been directed to carry out rigorous and extensive advocacies to sensitize the riders on the need to register their motorcycles and tricycles. 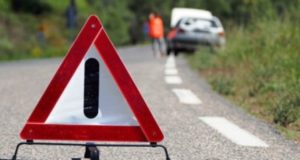 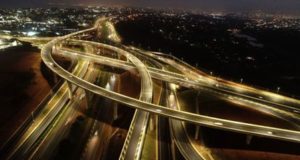