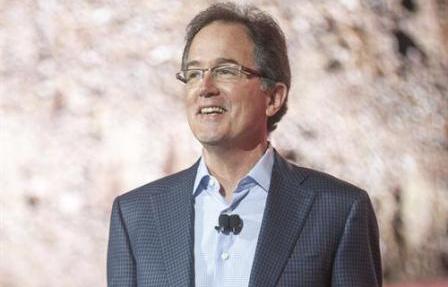 [dropcap]O[/dropcap]ver a 33-year career, Toyota Division Group Vice President and General Manager Bill Fay has seen and done just about everything. But what lessons has he learned about life, professionalism and people? In this interview, Fay did not only reveal how sports experience helped his business career, he also recalled impression his mother had on him as a child and lots more…

Bill Fay: My two favourite movies are “Butch Cassidy and the Sundance Kid” and “The Shining.”

Your first car was a Volkswagen van. So were you a hippie back in the day?

The reality is that’s back in the 70s. It was my vehicle while I was at college. I was playing basketball back then, so I clearly don’t think I was a hippie. It was pretty affordable transportation. We didn’t have a lot of money back then. I was probably more of a jock than I was a hippie. But it was certainly a rig that you could mistake for a hippie van.

So you played basketball at Monmouth College. Did that help you in your business career?

I think sports equates well to business because there are a lot of similarities. It taught me about preparation, taught me a lot about practice and hard work and teamwork. At the end of the day it teaches you about winning and losing. In sports and business you want to win, but you can’t always win. So it teaches you how to handle the times where you’re not the winner. Those are valuable lessons in life and that’s a good foundational base that I learned playing sports.

What is one of our biggest strengths as a company?

I’ve always said one of the silver linings of that time period was ToyotaCare. We were at a point where we had to try and do something to build up the confidence of the dealers and get customers back into our dealerships and take a major step forward in trying to build our retention. So here we are, five years later, and I think ToyotaCare is on 6.5 million vehicles and it’s driven 16 million service visits. And the vehicles that have ToyotaCare have a 12 percent higher retention rate. It’s becoming our strongest retention tool and it’s starting to become more of a differentiator to the customer.

What can we do better as a company?

I still think there’s a chance to be more customer-oriented in what we do and how we go to market and the products we develop. We’ve made good progress, but especially in the kaizen world of Toyota, there is room for improvement.

What’s the most important skill for being a leader?

It involves a lot of traits, but one is building up the trust of the people that you lead. They want to feel comfortable with you and trust the fact that you have the company’s and team members’ best interests in mind. That’s really important as we try to get everybody to Dallas and execute on One Toyota North America.

A mentor suggested, “Be yourself, be humble and make sure you take the time to listen to others and get their point of view.” At times, this is contrary to human nature, so that’s good advice I try to follow as often as I can. If you be yourself and maintain some level of humility, that’s going to help you at a company like this.

What is your most vivid memory from your childhood in New Jersey?

When I was starting to grow up, my mother went off to work to earn money to put my brother and me through college. But she also made it a point to work only half a day so, when we got home, she was around to make sure we did all the right things. She made it home in time to make sure she was around for those years where you can go astray. That made an impression on me later on.

What was her job?

She was working in insurance doing some underwriting. She was a World War II Red Cross worker who went overseas and did a lot of good things during the war. Then she came back and was dedicated to making sure my brother and I got to college. My father never went to college. He was a decorated World War II veteran and went right to work after returning from his Air Force combat duty in the South Pacific. After marrying, my mother wanted to help support our family and make sure we had a chance to succeed.

[box type=”success” align=”alignleft” ]I think sports equates well to business because there are a lot of similarities. It taught me about preparation, taught me a lot about practice and hard work and teamwork. At the end of the day it teaches you about winning and losing-Bill Fay[/box]

Dr. Nicolai Martin is in charge of a stimulating and highly complex area of innovation at the BMW Group, namely Automated Driving Development. It...
Read more
EXECUTIVE CHAT

Oil prices sank around 3% on Thursday as OPEC+ confirmed it would only increase output in August as much as previously...
Read more
Load more
38
SHARES
FacebookTwitterSubscribe