How to Maintain Alertness Behind the Wheel 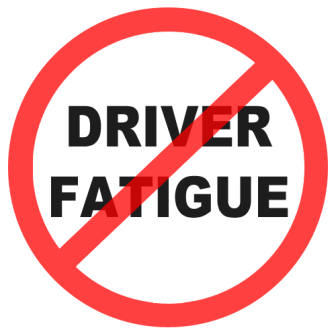 [dropcap]R[/dropcap]ecent research from the United States shows that between 15 and 33 per cent of fatal crashes involve tired drivers, and that a worrying four per cent of Americans admit to having fallen asleep while driving within the previous month.

Additionally, new figures from Ireland suggest that tiredness is a factor in up to 20 per cent of driver deaths.

Being a safer driver means being physically and mentally prepared to drive. If we all got the amount of sleep we need, there would be fewer crashes, fewer near-crashes and fewer road rage incidents. Well-rested drivers are much more likely to remain alert; they see hazards developing earlier and they can react to them in good time.

We all feel better when we wake up after a good night’s sleep, and we’re more alert. We respond more quickly and our reaction times are faster. We perform better, we retain information better, and our moods are better after good sleep.

On the other hand, fatigue among drivers is one of our greatest public health threats. Work pressures can keep many people awake at night, yet the same pressures require them to be up and out early in the morning, in control of a heavy machine that’s travelling at high speed and capable of doing enormous damage.

Depriving someone of sleep makes them moody and irrational. That’s why many road rage incidents in the morning rush hour are likely to relate to people who simply didn’t get a good night’s sleep.

Ester Holiday Trip: What To Do When You Feel Drowsy on Wheels

EUGENE HERBERT This year, Easter weekend does not fall during the school holidays. Consequently, many families may have...
Read more
Motoring Advice

Must Read: How to Reduce Your Fleet Fuel Cost

EUGENE HERBERT Fuel costs are estimated to be the second-largest expense in a fleet’s budget. As fuel price soars and remains one of the biggest...
Read more
Motoring Advice

EUGENE HERBERT Following the importation of contaminated fuel into the country, Nigerian motorists have suffered scarcity of fuel, many having to buy the product for...
Read more