Posted by: Motoring World in CRIME&SECURITY, Police Recovered 15th May 2016 0

The Lagos State Police Command recovered three vehicles suspected to have been stolen from different locations in Lagos from 30th April – 5th May, 2016.

The vehicles can be located at the station mentioned against each of them as follows:

As usual, members of the public who have claims on these vehicles should check at the police station mentioned against them with their original documents.

Claimants should endeavour to check the engine numbers as the original registration numbers may have been tampered with, please. 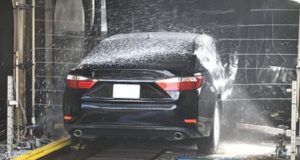