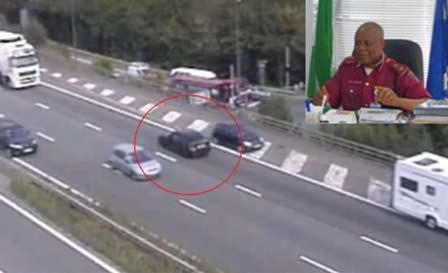 [dropcap]S[/dropcap]ince the Federal Road Safety Corps (FRSC) launched its Operation Cobra on July 1, only nine out of 305 motorists it arrested for serious traffic offences passed mental stability test administered on them.

The Corps Marshal of the agency, Dr Boboye Oyeyemi made the disclosure, when speaking at a one-day national workshop organised by the FRSC for driving school operators.

According to him, the test result of the said nine was an indication that their actions were as a result of wilful violation of regulations.

Reiterating the commitment of the FRSC to enforce the new policy of subjecting life-threatening traffic law offenders to psychological test, Oyeyemi described the actions of such violators as a “deviation from the true nature of Nigerians as a cultured, disciplined and enterprising people who have faith in life and those of others’’.

Operation Cobra was designed by the FRSC to subject violators of certain traffic offences to mental stability evaluation.

Such offences include use of phone while driving, route violation, traffic light violation, dangerous driving and overloading.

Oyeyemi said the policy was in response to rising incidence of the identified offences, adding that investigating the mental stability of violators would help to check the trend.

Following media reports, which described the exercise as psychiatric test, some stakeholders, especially psychiatrists, denounced the policy as “reckless and embarrassing’’.

The Corps Marshal, however, said, albeit the FRSC was not embarking on psychiatric test, it would not shy away from its responsibility of checking the lawlessness of road users, adding that the exercise had reached a point of no return.

The Corps, according to him, is working with the Federal Ministry of Justice and the Nigeria Psychological Association to ensure fairness in the dispensation of justice during the exercise.

Do You Want To Reduce Car Accidents?

By: EUGENE HERBERT Car crashes while on duty often result in plenty of pain and suffering either through...
Read more