How Smoking Could Crash Your Car Value

[dropcap]P[/dropcap]eople who smoke in their cars run the risk of losing thousands of pounds when they come to sell or trade in, a survey has revealed. 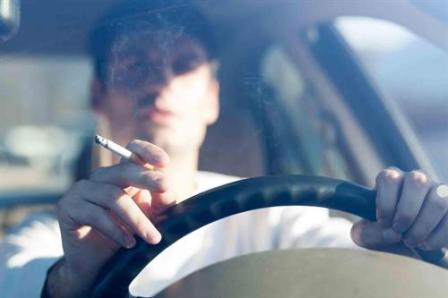 A carbuyer.com survey of 6,000 people found 87% wouldn’t buy a used car that had been smoked in.

Those findings are echoed by automotive data specialists at cap-hpi who estimate that once potential smells, stains and burn marks had been taken into account, a car driven by a heavy smoker could easily lose up to £2000 (about 1,000,000 Nigerian Naira).

With over 30 million cars and roughly 7.6 million smokers in the UK, the total cost to the nation of smoked-in cars could be as high as £9.6 billion.

Carbuyer’s editor, Stuart Milne, said the solution is simple: “With the cost of smoking increasing all the time, lighting up your car is yet another hidden expense. Not only does our research show that a car that’s been smoked in will be harder to sell on, but it could also cost you thousands.

“Bearing this in mind, it’s far better to pull over and get out before you light up.”

Getting rid of the after-effects of smoking isn’t just a matter of opening the windows and letting the car air. Because stale smoke becomes ingrained in a car’s upholstery, it’s sometimes necessary to replace the car’s headliner, while in other cases a special “bomb” is required to purge the air-conditioning system. Even if such drastic treatments aren’t required, a straightforward clean to get rid of the smell can cost £150.

Although smokers are something of a dying breed, roughly 16% of the UK’s adult population still have yet to kick the habit