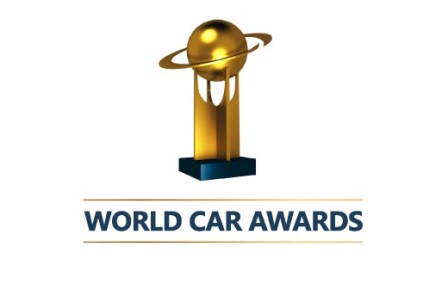 The World Car Awards has announced its newest stop on The Road to the World Car Awards. According to the event’s organizers, in a statement  released on Thursday, ZF and World Car will together be hosting a panel discussion at the Consumer Electronics Show (CES) in Las Vegas on January 10, 2019 at 1:00 pm with Tim Stevens (Editor-in-Chief, CNET’S Roadshow and World Car director) acting as moderator.

It states: “Please join us as panelists discuss the topic “The Intersection of Consumer and Automotive Tech.” Automotive and consumer technologies have co-existed for decades, but never before have we seen so much cross-pollination of the two. Join a group of industry experts for a discussion on the consumer technologies that will help enable things like autonomous cars to become a reality. Panelists will include:  Intel – Jack Weast, Chief Architect of Autonomous Driving Solutions;  Arm – Robert Day, Director, Automotive Solutions & Platforms and NVIDIA – Rob Csongor, Vice President and General Manager, Automotive.”

As one of the top-five diversified automotive suppliers in the world, in terms of OEM sales, with established expertise in automated driving systems, ZF is an ideal partner to host this discussion.  The company has already demonstrated a fully-automated Level 4 test vehicle, incorporating its AI-capable ZF ProAI control box technology, and has announced a joint venture partnership to begin series production of an Autonomous People Mover, in 2019.

The Road to World Car is an annual journey in partnership with the New York International Show. The journey follows more than 80 of our international journalists as they test-drive, and vote on, the 2019 eligible vehicles. The official launch took place in Paris on September 19th and will end when the winners are officially declared in all six categories at an awards ceremony that officially opens the New York show on April 17, 2019.

World Car makes several stops along the way: our fifth annual L.A. Test Drives event just recently concluded the last week of November.  The event was an outstanding success with 48 jurors attending from 18 different countries across the six day event. The journalists test-drove, and voted on, 38 car contenders that may not be available in their home markets.  ZF was the event’s exclusive host.

The World Car Finals countdown excitement will begin on February 5, 2019 when KPMG announces the Top Ten World Car of the Year finalists and the Top Five finalists in the other award categories (World Luxury Car, World Green Car, World Performance Car, World Urban Car and the World Car Design of the Year).

On March 5th, the countdown – and the competition – becomes even more exciting during a stop at the Geneva Motor Show where the Top Three In The World finalists are announced along with the 2019 World Car Person of the Year.

Of course, the journey ends with the grande finale awards ceremony that opens the New York International Auto Show on Wednesday, April 17th, 2019

The Road To World Car doesn’t really stop. Just a few weeks after the New York show’s grande finale, the World Car Garage will be staged for the fourth year at the London Motor Show in May of 2019; offering a glimpse of the 2020 contenders as well as celebrating the 2019 winners.

The World Car Awards is the number one awards program of its type globally for the sixth consecutive year as reported in Prime Research’s independent media report released earlier this year.

Now entering their 15th year, the annual World Car Awards are the number one awards program in the world for the sixth consecutive year based on Prime Research’s 2018 media report.  The awards were inaugurated in 2003, and officially launched in January 2004, to reflect the reality of the global marketplace, as well as to recognize and reward automotive excellence on an international scale.   The awards are intended to complement, not compete, with existing national and regional Car of the Year programs.