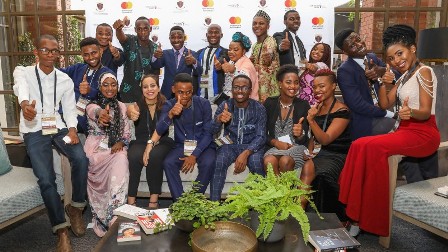 Investments in supporting successful transitions from school and university directly to entrepreneurship could unlock significant employment gains in Africa, this is according to a new research paper from the Anzisha Prize, which has worked with very young African entrepreneurs for over a decade.

To produce the report, the Anzisha Prize commissioned in-depth desk top reviews and new field research from leading academics as well as held workshops with key stakeholders across the continent over more than a year.

“We really wanted to respond to this lack of data around the questions we were dealing with in a way that could credibly influence policy,” comments Josh Adler, Executive Director, “In our most recent analysis, just 77 of our 122 Anzisha Fellows had created over 2000 dignified work opportunities and 56% of those jobs were for young people under 25. In addition, 3 of our Anzisha Fellows have placed a total of 825 people in jobs of which 60% were under 25. We wanted more evidence to support what we were seeing in our program, so commissioned all this research activity.”

The Very Young Entrepreneur Scenario research project kicked off in late 2018 with a green paper and series of participatory workshops to explore what the future might hold for Very Young (15 to 25 year-old) Entrepreneurs in Africa. Dozens of organisations participated over several months, with clear recommendations emerging for 5 key stakeholder groups – Educators, Parents, Investors, Incubators and Policy Makers. Most interestingly, a pattern emerged around who the most important yet poorly served stakeholder group is; parents.

“We are hoping that this research leads to far more organisations that are trying to tackle employment and education in Africa focusing their energies on parents” continues Adler. “We see parents as the forgotten stakeholder of the entrepreneurship ecosystem.”

“Through the Anzisha Prize, we have observed that young entrepreneurs are more likely to hire other young people,” comments Peter Materu, Chief Program Officer at Mastercard Foundation, which has supported the Anzisha Prize since inception. “Now, we have evidence that builds the case for supporting and encouraging entrepreneurship at a very young age, and helps us better understand how to do that. Certainly entrepreneurship, especially at such young ages, is not for everyone. But this report is shaping a narrative that positions young people as economic change agents.”

Key insights that stand out from the research process underpinning Anzisha’s scenario work:

In spite of the coronavirus pandemic that has slammed economies worldwide, Oil prices, today (Friday), head for the second week of...
Read more
BUSINESS

The Organization of Petroleum Exporting Countries (OPEC) and its allies in the Declaration of Cooperation, called OPEC+, has set June 22...
Read more