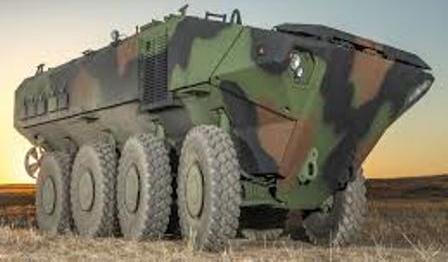 The Chief of Army Staff, Lt.-Gen. Tukur Buratai has inspected ongoing manufacture and repairs/overhaul of combat vehicles in Maiduguri, Borno.

The combat vehicles include Armoured Personnel Carriers and mine resistant anti Ambush Protected Vehicles (MRAPs) by Army Engineers in Maiduguri.

The Acting Director, Army Public Relations, Col. Sagir Musa, said this in a statement on Saturday.

Musa said that the work was being carried out at the 107 Division Equipment Support in Maimalari Barracks, Maiduguri.

He said that Buratai has been in the North East Theatre of Operation since April leading the fight against terrorism.

He said That Buratai was accompanied by the Chief of Training and Operations (Army), Theatre Commander Operation LAFIYA DOLE, Chief of Logistics (Army), Chief of Military Intelligence and Acting General Officer Commanding 7 Division among others.

Filling stations across the Federal Capital Territory (FCT) Abuja have started to sell petrol at N143 per litre, as announced by...
Read more
Nigeria

Following the announcement by the Chairman Presidential Task Force and Secretary to the Government of the Federation, Boss Mustapha on Monday...
Read more
Nigeria

Stallion Group has launched a locally assembled Hyundai Venue into the Nigerian market. On this year’s Valentine day,...
Read more

The rise of COVID-19 and the consequent measures taken to stop the spread have resulted in completely different working conditions for...
Read more

Japan has formally asked the United States to extradite a former Green Beret and his son accused of helping former Nissan...
Read more

Hyundai Motor Company is showcasing its hydrogen and mobility solutions at the H2 Mobility + Energy Show 2020 in Korea on...
Read more