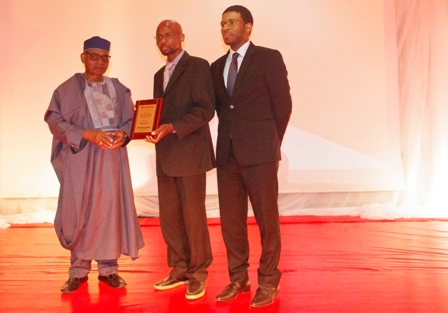 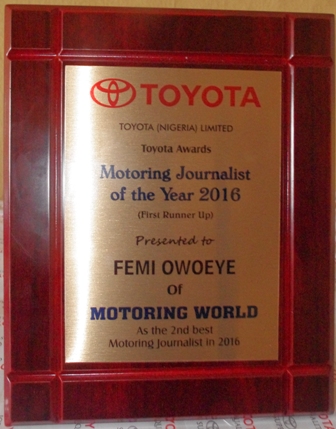 Overall best Motoring Journalist of the year was won by Mike Ochonma of Businessday Newspaper.

According to TNL’s management, although this year’s motoring journalist award was more competitive than ever before, as more entries were received, quality of selection was not compromised.

“For winners to emerge,” explained the managing Director of TNL, Mr. Kunle Ade-Ojo, “entries received were sent to independent agencies for thorough assessment. And winners were selected based on clarity, quality and authenticity of reporting as well as level of editorial support enjoyed by Toyota from publication of the stories.”

The awards were presented by TNL’s Executive Director, Chief Sam Bolarinde in company of the Managing Director of TNL.

“2016 was a year we will not forget soon,” he recalled, adding, “But the event has become a tradition and has created a bond with our partners. The annual award night has also created useful feedbacks to help us improve our product quality and service delivery.”

Oil prices sank around 3% on Thursday as OPEC+ confirmed it would only increase output in August as much as previously...
Read more
Load more
8
SHARES
FacebookTwitterSubscribe