Posted by: Motoring World in Kick Starter with Femi Owoeye, Opinion 27th May 2019 0

Serious governments around the world do not place the auto industry on the back seat. For four years, we have had so much talk, but less action regarding the development and growth of the Nigerian automobile industry.

It has been worse since the current Director General of the National Automotive Design and Development Council (NADDC), Mr. Jelani Aliyu, assumed office. He blows American grammar like Barak Obama, but with political solidity of Donald Trump.

I am not being funny. Most times he doesn’t make sense to me. Sorry, just my opinion. He seems to be more interested in reinventing the wheels.

So far, the current DG has failed the nation. He should be sacked, if he does not pull his socks up.

In fairness to him, however, Mr. Aliyu, was an outsider, who was more conversant with the cultural values of American automotive industry. He was not part of the drafting of the auto policy. So he is probably ignorant of the rationale behind certain seemingly hash contents of the policy. No wonder, upon assuming office, one of his first proposals was to design a –Nigerianized car, which understandably, is relevant to his area of specialization (automotive design).

Aside Jelani, the entire board of NADDC should be dismantled, because its members failed to put Jelani through and ensure the auto policy in its entirety and as approved by the parliament in 2017, became operational.

Or of what use is placing a ban on vehicle importation via the land border, when Nigerians can’t afford the locally assembled vehicles. It was for this reason that the policy made provision for auto finance bank, which NADDC board and its DG can’t see urgency in its implementation? A foreign investor, known as WESBANK from South Africa showed serious interest in financing this aspect of the policy. But I learnt it was refused so as to give room for Nigerian banking industry to benefit from that aspect of the policy.

President Muhammadu Buhari: Needs to just sign the bill and leave amendment for future. Time is running out for the nation’s auto industry development

According to the Chairman of Nigerian Automotive Manufacturers Association of Nigeria (NAMA), Mr. Tokunbo Aromolaran, out of all Nigerian banks invited to take advantage of the business, only three responded. But as patriotic as that idea of discouraging WESBANK could sound, wouldn’t it have been better to allow a foreign investor to handle that aspect so that the auto industry could take off? Is that not what was done to electricity during president Goodluck Jonathan’s regime and the nation is now paying for it?

A bill for the Auto policy actually emanated from National Automotive Design and Development Council (NADDC), a parastatal of the Federal government under the federal Ministry of Industries, Trade and Investment. As a DG, Jelani should have been able to defend the auto policy. He should have been to remind or enlighten or advise and convince his appointer that:

And if he did the foregoing and they won’t listen to him, he should have resigned. This would have sent a message to the nation’s enemies within. So from all indications, albeit Jeleni worked abroad in supposedly one of the biggest American Auto making companies, he does not quite understand how the auto industry in Nigeria works? Even if yes, didn’t he bother to ask?  I could have told him.

Every time Jelani is interviewed regarding the auto policy, he is quick to tell you that the policy is already being implemented. That statement gives me running stomach. It’s like somebody telling he is building a house without a land survey and approved house plan. And even the approved plan, he is leaving out certain parts of the plan. Result is that the house may lack proper ventilation and may become inhabitable. The house may never be inhabited, because it is being built on a government acquired land.

For instance, certain indigenous auto companies are unhappy with the introduction of 70% tariff on imported brand new vehicles, because the same is not done to imported used vehicles, which form the bulk of the imports competing unfairly with the locally assembled vehicles.

Why didn’t the government do same for the imported used vehicles as well, whether imported by land or sea?  That’s double standard with political intonation. Yes. Political consideration, because part of the arguments of critics of government’s ban on importation of cars via the land borders is that the common man would suffer, knowing they form majority of voting population.

I heard some blackmailers likening the ban to waging war against the poor.

It is written in the Holy book: “A time would come, when many would be worshipping the devil, and they would think they are worshipping God.” This applies perfectly to the Nigeria Ports Authority (NPA) and Nigerian Custom Service (NCS), the core critics of the nation’s auto policy, those who mounted pressure on government against the auto industry.

They argued that placing a ban on imported vehicles, as a way of protecting the nation’s auto industry, would affect government revenue drive.  Is that not short-sightedness?  That argument can only come from people with eat-your-cake-and-have-it mind frame.

To put politely, it is an idiotic argument from establishments like NPA and NCS, which are being used against the country by the enemies outside government. They were made to believe that they are protecting the economic interest of the country.

The real enemies without were said to have even wickedly warned the government that the policy could cost president Buhari his second term. Unfortunately, unless something urgent is done, their advice, on the other hand, might cost the nation a second chance it has got to establish an automotive industry, one of the largest employers of labour in the world.

Do they really care about history? Do they take into consideration the fact that what  killed the nation’s thriving auto plants in the 70s to 80s was throwing open the doors of the nation’s borders to imported cars from Asia. I don’t think so.

They should stop taking advice from the enemies without, who know how to use blackmail strategy to get the government to do their bidding.

And for the enemies within, the government should now look inward in accordance to another Yoruba proverb, which says, “kokoro to n jefo, ara efo lo wa,” meaning: the insect that destroys the vegetable lives with the vegetable.” In this case, unless the vegetable farmer realises this early enough, the vegetable would become valueless and unmarketable.

Now the industry is being revived. Investors have sunk fortunes in assembly plants. Even the old Peugeot plant has gone through some overhaul. They need all the protection provided in the auto policy. Enough of dilly-dallying over what should and should not be in auto policy. I think common sense should have told the people in authority that the nation has not got all the time in this world. Just pass the document into law. Amendments could come later. 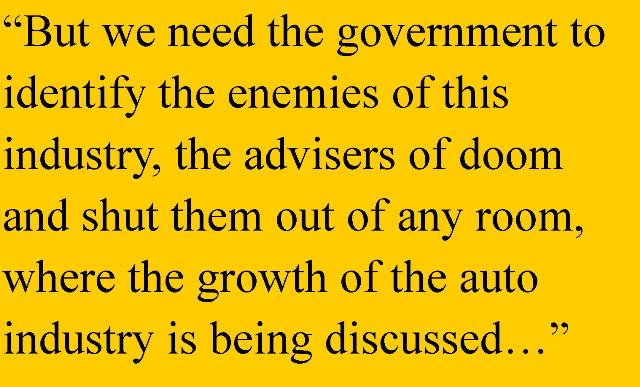 Stop listening to preachers of doom over who would suffer and who wouldn’t if vehicle importation is banned. By the way, why should Nigeria be the sustainers of the economy of Benin Republic? It is an utter stupidity, when you think that most of the imported thrashes ( sorry cars), smuggled or imported into Nigeria are actually cleared officially at the Benin republic’s port.

After the importers would have paid duties to the Benin Republic’s government, owners would afterwards drive the cars into the Nigeria, paying little or nothing to the Nigerian government. And somebody somewhere think this should be allowed to continue?

We should continue to leave our borders open to cars imported from neighbouring countries that produce not even a pin, talk less of a spare part manufacturing plant?

You are looking at the revenue you make from duties charged on import from another country that had already charged proper import duties on such cars, many of which are smuggled into your country after the officers of your advisory body (NCS) might have collected their own bribes before letting them into the country at night?

That explains why they would do everything to defend vehicle import. After all, if you have an outright ban on all imported cars, the implication is: their sticky fingers stay in pockets!

Time is now for government to shut its ears against any myopic advice from present managements of NCS or NPA regarding the auto industry. They are nothing less the enemies of the nation’s industrial development and destroyers of the nation’s collective minds. 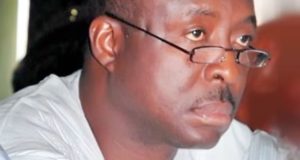 Young People Need Our Support : We Must Seize This Tremendous Opportunity 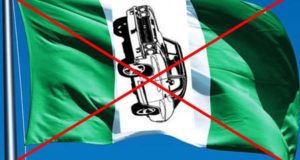