Home Features Cheerful or Tearful Song: Which is Key to Happy Motoring?
Features

Cheerful or Tearful Song: Which is Key to Happy Motoring? 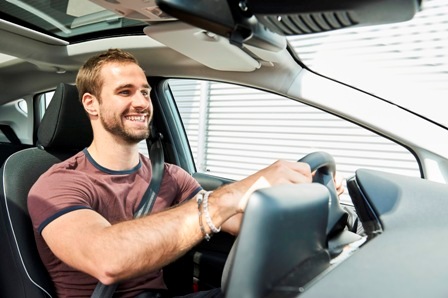 [dropcap]S[/dropcap]ongs that sound sad, touch on gloomy themes, or feel melancholy like “Sorry”, Justin Bieber; “The Winner Takes it All”, Abba; and “Mr Brightside” by The Killers, can kick-start your day with a mood boost that is still in effect up to two hours later.

This is among the findings of a new research study into the emotional power of in-car playlists commissioned by Ford, with Spotify and New York University. “Back to Black”, Amy Winehouse and “Everybody’s Changing”, Keane would also fall into that category.

What all the songs have in common is both a driving beat and a melancholy feel, which the research showed some people find the best soundtrack to their daily drive.

“For many drivers, journey planning can be as much about lining up the music you want to hear when visiting family, driving to the gym, or commuting to and from work – as it is choosing the best route,” said Marcel Breker, engineer, Ford of Europe. “Introducing to the all-new Fiesta a premium B&O PLAY system, we wanted to better understand how the choice of music can affect mood, not only on the journey itself, but in the hours following.”

Scientists have identified two key characteristics of music that work together to create the mood. “Energy” drives the song – the beat and the tempo, and “valence” describes the depth, emotion and feeling of a track. Together, these elements can be a tonic to cheer up even the most tedious drive. For the study, testers in France, Germany, Italy, Spain and the U.K., listened to carefully curated playlists showcasing different combinations of “energy” and “valence”. Driver moods were identified through questionnaires completed immediately before, immediately after, and at hourly intervals following morning commutes.

Tracks with a driving beat worked the best, but sad sounding tracks, or those in a minor key, with “low valence” were as popular as more obviously happy music with “high valence”.

“Across the board, music with a high level of energy left our testers feeling pumped up for the day ahead,” said Amy Belfi, a cognitive neuroscience from New York University who is an expert on the effects of music on the brain. “What was particularly intriguing was that far from having to be ‘happy’ songs those most likely to have an uplifting effect could equally be brooding and melancholic. Of course, ‘sad’ songs can actually make us feel good about ourselves. They may remind us, for example, of difficult experiences that we have overcome and learned from.”

“For this experiment we focused on how ‘energy’ and ‘valence’ music attributes can affect mood throughout the day,” said Spotify’s Koppel Verma, who advised on the research project. “This study showed that not only energetic happy pop songs work in the morning. In fact, when we analysed our existing commuter playlists data we found that many of them contained a high number of songs with melancholic moods.

This is significant because previous research has shown us that the morning commute is an important transitional time – now we can use our data to help set the tone for the day ahead.”

A shortage of oil refineries across sub-Saharan Africa coupled with soaring crude prices because of the war in Ukraine has left...
Read more
Features

Euro NCAP, on Thursday, published its third round of safety results for 2022. The KIA EV6 and the Mercedes C-Class, both large family cars,...
Read more