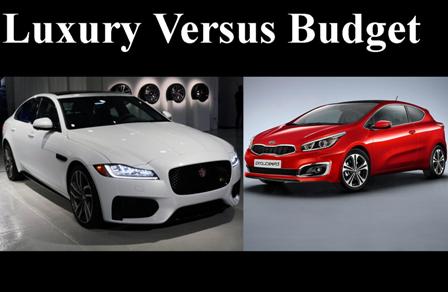 The popular saying that Money Doesn’t Buy Happiness seems to be most applicable to modern world Car Owners, As Consumers Vote For Budget Brands over Expensive Marques in Survey

[dropcap]D[/dropcap]rivers expecting to get a quality experience when spending thousands more on a prestige car are in for a shock – buyers of models from budget brands are happier with their cars, according to a new survey.

Results published on Thursday from Driver Power, Britain’s biggest survey of motorists, has revealed that the Skoda Superb is the car which makes its owners happiest, with a remarkable 93.4% satisfaction score. The manufacturer’s Yeti takes second place with a 93.3% score.

Meanwhile, the bottom two places in the list of 75 cars are taken by cars from Volkswagen and Audi which are thought of as quality brands.

Another top scoring model was the C’eed from Kia, another low-cost marque, which made fifth place. Lexus was the only ‘prestige’ brand in the top five of the survey, which is published in Auto Express.

There’s bad news for British marques too – the Jaguar XF takes the unwanted crown for the most faults in the survey, with almost a third of owners (30.9%) saying their car has had an issue in the first 12 months of ownership. The firm’s XE was the next worst with 26.7% while Land Rover fared poorly too with the Discovery Sport with 25.3% of owners experiencing problems.

Now in its 16th year, Driver Power is the largest car satisfaction study in the UK. For the New Car Survey, respondents with new cars (less than 12 months old) were asked to rate them in 31 different areas. It is one of seven sections in the overall Driver Power assessment program, which has already received more than 70,000 consumer responses for 2017.

“Some people still have a negative opinion of brands like Skoda and Kia, but the results of Driver Power prove this is really outdated” said Steve Fowler, editor-in-chief of Auto Express.

He continued: “Skoda drivers are almost evangelical about their cars, the dealers and the whole ownership experience. It may seem odd that models from Skoda’s parent company VW and Audi scored so much lower in the survey but when customers pay for a quality experience and don’t get it, they’re bound to feel let down.”

The overall rating percentage is an average of scores across the judging categories including comfort, handling, running costs and reliability. Generally, all the drivers surveyed were quite happy with their new cars with an average score of 89.5%. Although satisfaction scores are high, owners across the board said they would vote for better fuel economy, improvements to the built-in satellite navigation, and more space for luggage.

Full results of the Driver Power 2017 survey are available in Auto Express magazine on sale now, and at autoexpress.co.uk/driverpower