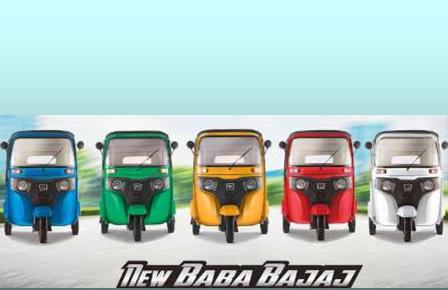 The recently concluded Stallion Bajaj keke Rally has translated to sales boost for Bajaj brand of tricycle in Nigeria, of Stallion Auto keke Limited has revealed.

Speaking exclusively to Motoring World during a post-rally celebration held in Lagos recently, the company’s National Sales Manager, Usman Abdulsamad  said over 1500 units of Bajaj tricycles were sold during the rally.

According to him, as a result of the rally, negative perception, which Bajaj tricycle brand suffered over the years, was successfully reversed.

He explained: “Before the brand’s tricycle joined Stallion family, there had been complaints about the engine, after-sales service support and the service team. So what Stallion did was to redesign the tricycle’s engine and formalize a new system for after-sales support.

“And having taken care of all the issues that people complained about, you would agree there was no better way to prove Keke Bajaj’s new quality status than taking it through over 5000 kilometers across the country.”

“Normally, among tricycle users,” he emphasized, “it is believed that if a tricycle travels for 1,000km, its engine wears out, emitting carbon and developing issues. Baba Bajaj now comes with an upgraded and better engine, which is why it was able to travel over 5,700km without any issue.  It is something beyond belief. Following that deed, past doubts have now been cast out.”

Therefore, according to him, the over 5000 km trip and quality awareness have started translating to sales boost.

Abdulsamad said: “I can confidently tell you that, with this 5,000 kms rally, we have been able to achieve not less than 1,500 units sales in a month from the rally only, not even the general sales. This is because people can now practically see changes, resulting from the products redesigning and remodeling. Stallion, I am proud to say, has done a fantastic job on it.

“The rally showcased the new strength, ruggedness and top form of Bajaj Tricycle, which explains why in locations like Enugu, Abakaliki, Porthacourt, Asaba and Warri, we made sales. These are markets that were actually hard for Bajaj to break into. We also made substantial sales in Lokoja.

‘’And, indeed, during the rally, someone from Abuja paid for 210 units of Bajaj tricycle. As we were rallying, he stopped and said ‘I will do this; give me your account number and supply 210 units.’ He paid.

“It is a wonderful achievement by the team. I think it is a good inventiveness from Stallion.’’

“We have deployed mechanics to every state and locality, where tricycles are running in Nigeria,” Abdulsamad confirmed, adding, “We are trying to let everybody know that if you have an after-sales support, you will be happy, because if your tricycle is always running on the road, you will make more money.”

In addition to building workshops for local mechanics, Stallion Auto keke Limited has also embarked on training of mechanics, technicians on how best to repair and maintain their tricycles.

“So, aftersales service support is one thing that the Managing Director, Mr.Manish Rohtagi has actually hammered on and we are really going to use that as a tool to sell,’’ Abdulsamad reiterated.

Peugeot to Roll out Affordable Vehicles in Nigeria

FEMI OWOEYE So much has been said about Special Anti-robbery Squad, SARS. The echo has been so loud. You would think SARS officers were not...
Read more

Six-times Formula One world champion Lewis Hamilton donned a T-shirt protesting against police violence in Nigeria for a pre-race television interview at the Portuguese...
Read more

ROAD SAFETY organization GEM Motoring Assist has urged the government of United Kingdom to end what it calls the ‘pointless practice’ of putting the...
Read more