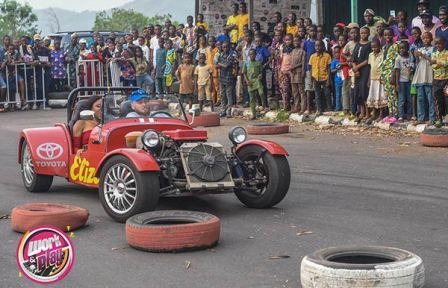 the 5th edition of the annual Ondo Auto Rally is to hold from April 16 to 17, 2022 at Akure and Ilara-Imokin in Ondo State.

President of Work and Play, the group organizing the event, Adeoye Ojuoko, at the weekend, disclosed that the group has received a number of endorsements, especially from the host state government, and has also attracted new partnerships that would be unveiled before the event gets underway next month.

Ojuoko said: “The Ondo Auto Rally has never been received as we are being received this year. The state government and all the government’s arms that should give us support in the host state have been supportive so far and it goes to show the level of interest and value the event has generated in the state since it debuted.”

Explaining further, Ojuoko said the event has become a top tourism programme on the calendar of the state, adding, “we have had people join us from virtually all the geo-political zones of the country and it has also risen to become a major rallying point for the auto racers in the country.

“More than 60 racers from different racing clubs across the country have signed up to be part of the weekend event.”

He added that the highest safety measures have been put in place to ensure a hitch-free event.

“The Nigerian Police Force, the Federal Road Safety Corps and the Amotekun have assured us of their full involvement, as in the past. We also have all our participants sign up to best racing practice including standard procedures and checks for all participating persons and vehicles,” he said.

The winners of the races will win cash prizes, while other activities like drifting, Treasure hunt and Archery have all been included to keep guests and friends entertained.

Nissan e.dams will be back racing at the iconic Monaco street circuit this weekend for Round 6 of the 2021/22 ABB...
Read more
Motor Sports

Jaguar TCS Racing returns to the streets of the eternal city, Rome, this weekend for the second double-header of the 2022 ABB FIA Formula...
Read more