Revealed:Why Vehicle Inspection Officers are Back On Lagos Roads

You may be wondering why Lagos State Vehicle Inspection officers which were taken off the road during the administration of Akinwunmi Ambode are back. They are back to handle the shortcoming of technology.

[dropcap]T[/dropcap]he newly appointed Director of Vehicle Inspection Service, an arm of Lagos State Ministry of Transport, Engineer Akin- George Fashola disclosed this to Motoring World recently during an exclusive interview in his office. 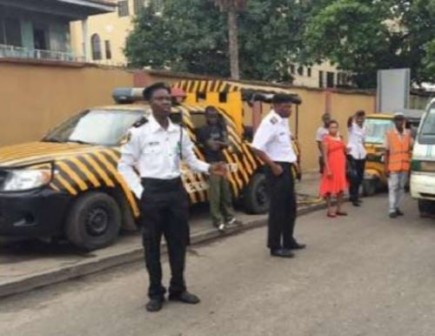 According to him, because the Lagos State governor, Mr. Babajide Sanwo-Olu is very keen on free flow of traffic, he gave new directive for a better transportation system, which officers of Vehicle Inspection Service have to implement.

“We are to implement the law to its fuller extent,but also use human face to enforce the law,” he said, adding, “I know you are aware over the couple of years, we have introduced different technology to help captivate law enforcement in the state.

“That being said, technology has its limitation. There are several instances where we use intervention to enforce the law. That is still on the table. We have come back on the road to handle the shortcoming of technology. We are handling that with on-the-road enforcement; that is the VIO is on the road to enforce traffic violation, such as unworthy vehicles, which the camera cannot see.’’

“In that aspect,” he pointed out, “we have to intervene. So our vehicle inspection officers are on the street patrolling. We are picking at those vehicles that have serious body damage, broken windscreen, vehicle without plate number, serious emission problem and different aspect like that.’’

Fashola advised motorists not to attempt driving in Lagos without valid driving licence.

He warned:”Lagos State Government will not take kindly with any motorist driving without a valid driving licence. We will randomly stop people and ask for their drivers licence. Our sister agency, which is Motor Vehicle Administration Agency has over 6,000 driver licence that are uncollected. People are just driving without drivers licence. We will randomly select vehicles on the road and request for driving licence.

‘’ In the process, we will find out whether or not a driver is licenced to drive or maybe he or she ie still possessing  temporary one in which case. We are also trying to get rid of vehicles that cause nemesis on the road, thereby obstructing traffic.’’

On corruption of the officers, he said, ‘’ there is no way there won’t be corrupt officers. That is why we imploy the public to report corrupt officers so that we can prosecute them. The government has the machinery in place to deal with such situation. When you report them, we will take it up. Their job is not to take money from people but to validate that you have taken proper measure to make sure your vehicle is road worthy and can ply Lagos road.’’

The Federal Road Safety Commission Board has approved the promotion of 10 Corps Commanders (CC) to the rank of Assistant Corps...
Read more
Nigeria