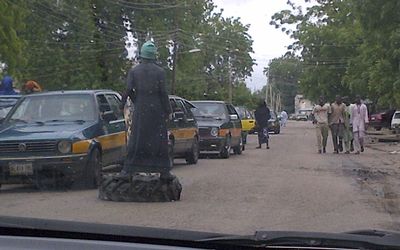 [dropcap]T[/dropcap]he local council could not afford a speed camera, so they put up a sign saying: “Slow down Old People’s Home.”

It had no effect.

At the next meeting they decided to play on the paternal instincts and put up a different sign: “Danger – Children at Play.”

The result was no discernible reduction in traffic speed.

Then the chairman had a brain-wave and suggested they try a sign that reads: “Nudist Colony.”

As a result of the Nudist Colony notice, vans, lorries and even cars started crawling through the village.