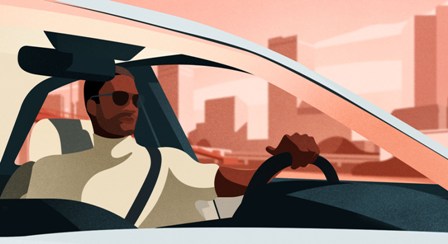 Before Rolls-Royce created the first Goodwood Ghost in 2009, significant time was invested in understanding the group of clients it was tailored to. These were men and women who held the marque’s relentless pursuit of perfection in high esteem and sought a slightly smaller, less ostentatious entry to the Rolls-Royce brand.

The result was a motor car smaller in scale, less overt in design and obsessively simple. Its success fulfilled Rolls-Royce’s most ambitious expectations and it became the best-selling product in the marque’s 116-year history.

Additionally, as more Ghosts entered the world, the brand’s Luxury Intelligence Specialists were able to identify developing behaviours in how this particular layer of clients used their motor car, the manner in which they commissioned it and how they perceived Rolls-Royce in a more general sense. This vital data would inform the design and engineering direction of the new Ghost.

As with all primary research conducted by the marque’s specialists, these experts were asked to present their findings, offering a rare insight into this highly private consumer group. In this short film, Rolls-Royce shares some of these insights to demonstrate the underlying substance of the highly progressive new Ghost ahead of its official unveiling in autumn this year.

The four-part series continues with Rolls-Royce Product Manager, Stephen Finch, who was responsible for charting a global picture of these changes in age and attitude. Finch says “The success of the first Goodwood Ghost taught Rolls-Royce a huge amount about itself. We became aware of an entirely new group of people who used and commissioned their cars in ways that we hadn’t seen before. The new Ghost meets their demands with alacrity, and we look forward to learning what this exceptional product will teach us about this layer clients in the future.”

The marque chose the popular and aesthetically appealing medium of animated illustrations to convey these insights. Rendered first by renowned illustrator, Charlie Davis, they were animated using the latest modelling technology to cohesively and beautifully represent these findings in a fashion that befits the highly progressive new Ghost.

In addition to these insights presented in animation form, a series of five podcasts have been launched that reveal the marque’s findings, as well as insights into the underlying material and engineering substance of new Ghost in long form. Hosted by Johanna Agerman Ross, Curator of Twentieth Century and Contemporary Furniture and Product Design at the Victoria & Albert Museum in London, the podcasts are available on Apple, Google, Spotify and Deezer.

Rolls-Royce Motor Cars Lagos owned by Coscharis Motors Plc, is the exclusive franchise owner for Rolls-Royce vehicles sales and services in Nigeria. It currently has showrooms and workshops located both in Lagos and Abuja.

Rolls-Royce Motor Cars is a wholly-owned subsidiary of the BMW Group and is a completely separate company from Rolls-Royce plc, the manufacturer of aircraft engines and propulsion systems. Over 2,000 skilled men and women are employed at the Rolls-Royce Motor Cars’ head office and manufacturing plant at Goodwood, West Sussex, the only place in the world where the company’s super-luxury motor cars are hand-built.