Racing Events that Moved From Real to Digital Tracks 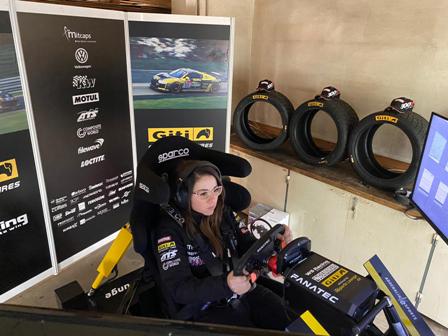 With the rise of the global COVID-19 pandemic many sports events had to be postponed, stopped, or flat out canceled. And while for many sports that means a complete shutdown of all professional championships until the global situation allows for them to continue, racing events continued, with one major change. Instead of racers competing on real-world tracks, they switched to eRacing.

This worked surprisingly well. Since racing includes a wheel, pedals, and lots of skill, it can be done in the digital world. Digital simulators are quite advanced these days. They offer realistic physics and handling so all you need is a quality wheel and a large monitor and you’re good to go. And arguably the best one of all, iRacing, is being used as the platform for most digital racing championships. One of those competitions is the Digital Nürburgring Endurance Series.

Based on real-world Nürburgring Endurance Series, which had to be canceled before it even began its 2020 induction, the Digital Nürburgring Endurance Series already has two digital racing events under its belt. The first event took place in late March 2020 and finished successfully. Due to the obvious limitations, the race didn’t take place over the course of 24 hours. Instead, drivers competed over the course of 4 hours.

Each race in the Digital Nürburgring Endurance Series is divided into three categories. The main event is the GT3 followed by the CUP2 category where racers drive Porsche 911 GT3 cars. There’s also the CPU3 category filled with Porsche GT4 vehicles. Finally, the TCR category is made of drivers racing in Audi RS3 LMS cars.

The successful launch of the series was a great success so the second race also took place in the digital world. Drivers raced on April 4th and this time female racing world was represented by Girls Only by Nürburgring Motorsports team, which raced in Giti-sponsored liveries. The Gitisponsored allwomen team had a successful finish since Célia Martin had a top ten finish in the TCR category. The Digital Nürburgring Endurance Series will continue with the third race that should take place on April 18th.

The eRacing version of the famous Nürburgring Endurance Series is just one of many racing events that moved to digital tracks. The most popular racing event in the world, the Formula 1 championship also organizes esports races, called the Virtual Grand Prix, after the real-world championship has been canceled. NASCAR series also moved to the world of digital races. Other racing series also followed suit and decided to pit their drivers against esports racers and the whole thing got notable traction.

FS1 broadcasted NASCAR iRacing series while ESPN hosts NBA 2K Players Tournament. Many television channels from all over the world hosted the second race of the F1 Virtual Grand Prix that took place on April 5th. It seems that esports is slowly taking over the sports networks and one of the most exciting esports events are those that take place on virtual tracks.

Fabio Quartararo kicked off his 2020 season in style over the weekend after taking his first ever MotoGP race win, which...
Read more
Motor Sports

The Ferrari-owned Mugello circuit will debut on the Formula One calendar in September to host the Italian team’s 1,000th championship grand...
Read more