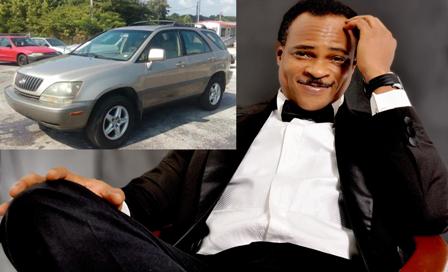 The vehicle which was snatched from the veteran actor by gunmen around Fadeyi area of Lagos, two weeks ago was recovered in Ejigbo area of the state.

According to the command’s spokesperson, Dolapo Badmos, a Superintendent of Police (SP) who urged the actor to proceed to the Ejigbo police station and recover his vehicle, some eagle-eyed men of the police fought hard to recover the vehicle from the ferocious Robbers.

“The eagle-eyed policemen spotted the vehicle with some male occupants and gave it a hot chase. The men realising they were being trailed by the police, abandoned the vehicle and fled,” The PPRO said.

Badmos stated that the command was still on the trail of the suspects, while the recovered vehicle will immediately be handed over to the owner.

The actor and president of Directors Guild of Nigeria (DGN), Amata, was robbed at gunpoint.

According to his friend and colleague, Matthias Obahiagbon, who narrated the sad incident on Facebook page, “Fred Amata was returning from a business function on behalf of his Guild, very tired and looking forward to the warmth of his bed. As he waited for the street gate to be opened by the security guards, four fierce-looking gun-toting men appeared and off they went with him as captive in his own car.”

The police has however reassured that Lagos is no longer haven for any form of criminality.

84 Nigeria Locations to Be Linked With E-Border Monitoring Cameras

No fewer than 84 border locations in Nigeria will soon be linked with e-border monitoring cameras to check issues of illegal immigrants and other...
Read more
CRIME&SECURITY

The House of Representatives, on Tuesday, urged the Nigeria Customs Service to adhere to the accurately measured 20 kilometers from the Idiroko border at...
Read more
CRIME&SECURITY