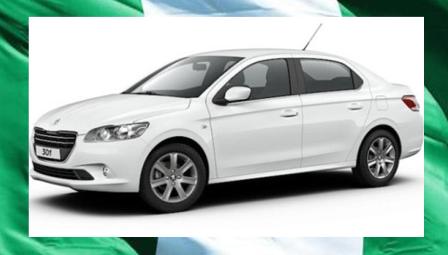 [dropcap]P[/dropcap]eugeot 301, assembled in Kaduna by PAN Nigeria Limited, has emerged Car of the Year in a contest with Toyota Corolla and Nissan Almera. The Peugeot 301 polled the majority vote in both the on-line contest and the voting by Auto journalists, for the award that was organised by Nigeria Auto Journalists Association.

According to spokesperson of Nigeria Auto Journalists Association’s award committee,  Theodore Okpara, although it competed with Nigeria’s most loved saloon car, Toyota Corolla, 301 managed to beat Corolla, because it is locally assembled and more affordable.

The award winning 301 is comfortable with bags of rear legroom and luggage compartment as big as 640-litres, expandable to 1,352 litres, when rear seats are split-folded.

Made to be rugged and tough enough for use in hot climate like Nigeria, Peugeot 301, many analysts believe, deserve to be awarded Nigeria’s car of the year.

In other categories, the Mercedes Benz S-class emerged Luxury Car of the Year, beating the BMW Seven Series and Jaguar XJ. Sports Utility Vehicle of the year went to Toyota Prado, while the Pick up of the year was won by Ford Ranger.

Toyota Hiace went home with the Mini Bus of the year award, while the Heavy Truck of the Year was won by Mercedes Actros. Globe Hyundai and Jet Van Mercedes were joint winners in the Outstanding new entrant of the year category, just as God is Good Motors walked away with the Most Safety Conscious Transport Company of the Year.

Show Room of the Year Prize was won by Nissan show road, Victoria Island, Lagos, while Pirelli was crowned Tyre Brand of the year. Chisco Transport was recognised as the West Africa Coast Transport Company of the Year, while Yamaha was voted Motorcycle brand of the year.

In the personalities category, the Corps Marshal of the Federal Road Safety Corps (FRSC) was awarded Road Safety Personality of the Year; the President of Coscharis group, Dr. Cosmas Maduka got the Auto Personality of the year award, just as the Managing Director of Toyota Nigeria Limited was selected as the CEO of the year. The late Executive Director of Nigeria Auto Manufacturers Association (NAMA), Mr. Arthur Madueke was given a post humous award for the contributions to the auto industry.

Comments from Acting Commissioner for Transportation, Lagos State, Prince Anofiu Elegushi commended the Nigeria Auto Journalists Association for putting the event together, even as he tasked auto industry players to invest in the local industry.

According to him, “as we celebrate and bestow honour we will like to state that it is pertinent for us to begin to invest in the Nigerian “car”. We are long overdue for such. There are a few of such in Nigeria. While we import most cars as CKDS or such other forms we bring them in, we must now commence a process of investing in building local content into it. The Nigeria Auto Journalists are eminently placed to champion this cause.

“A second concern that we must also deal with is safety issues. I will recall your positive contribution when Federal Road Safety Corps (FRSC) commenced the campaign to introduce speed limiting devices in vehicles used for public transportation. I therefore salute your sagacity and candour.

“There are several other major issues wherein your voice must be heard and your insistence will provide that key insight into the direction that Government’s policies will take. As you highlight them and put them in the public domain, utilizing the essential ethics of journalism, it is sure that gradually a tradition of excellence will be created.

In his remarks, the Corps Marshal of the Federal Road Safety Corps, Dr. Boboye Oyeyemi, who was represented by the Zonal Commanding Officer for Lagos/Ogun state, Assistant Corps Marshal Shehu Zaki, expressed the willingness of the Corps to continue to collaborate with the press in ensuring that road traffic crashes are reduced.

Euro NCAP, on Thursday, published its third round of safety results for 2022. The KIA EV6 and the Mercedes C-Class, both large family cars,...
Read more
Load more
8
SHARES
FacebookTwitterSubscribe