Why You Should Not Take That Selfie While Driving 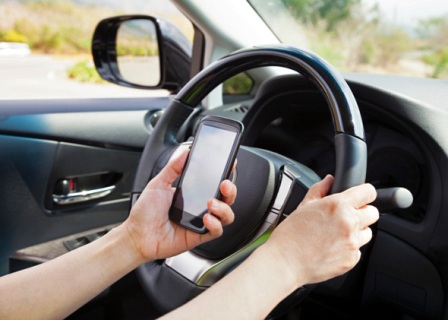 Every text, emoji and selfie that captures your attention limits your awareness while driving, putting you and those around you in unnecessary danger.

Using a phone while driving slows reaction times (notably braking reaction time, but also reaction to traffic signals), makes it difficult to keep in the correct lane, and to keep the correct following distances.

The hashtag #driving has over 6.2 million entries on Instagram, many of which show photos taken by a driver on the move. The term #Drivingselfie boasts over 31,000 hashtagged photos and videos on the photo-sharing service. Such selfies are also easy to find on Twitter and Facebook.

Ford has found that snapping a ‘selfi­e’ at the wheel could distract a driver for up to 14 seconds*, and checking social media distracts for as much as 20 seconds* – long enough, at 100 km/h, to travel the length of ­five football pitches**.

“Driving demands your full attention,” says Derek Kirkby, Training Director, Ford Driving Skills for Life (DSFL). “If you are not vigilant and anticipating the traffic around you because you are looking at your phone or taking a picture, you will not have the reaction time to break or swerve for obstacles in the road. Increasing distractions can increase your risk of being in a traffic accident.

Using a mobile phone while driving is all four!

Despite the very real dangers, drivers often ignore the warnings. Research shows that the brain has difficulty processing two tasks simultaneously. It can switch between the tasks but will perform each more slowly. Many people think they can do two things at once – like talking or texting on the phone while driving – but it’s just not possible to concentrate fully on both.

According to the World Health Organization (WHO)***, that drivers using mobile phones are approximately four times more likely to be involved in a crash than drivers not using a mobile phone.

Ford has developed advanced technologies that minimize distractions from mobile phones. SYNC 3, the automaker’s innovative in-car connectivity system, allows drivers to use their voice to make a call, hear a text, listen to music and activate apps – all while keeping their eyes on the road and hands on the wheel.

Ford customers that want to hone their driving skills can take Ford’s DSFL programme. Established in 2003, Ford’s DSFL is a comprehensive driving program created to promote a safe and efficient driving culture.

The DSFL program demonstrates the skills and behaviours that underpin crash free driving – from discussing distracted driving, to “under the influence” goggles, the program showcases how safe driving is dependent on attitude, awareness, and motivation.

Ultimately, it is up to each individual to keep their eyes on the road for their continued safety. So, put your phone down to stay aware of everything happening around you.

NEIL WORTH A few basic vehicle checks could help ensure you’re not left stranded at the roadside, and reduce your stress levels, if you’re planning...
Read more
Motoring Advice

For about two weeks every summer between 1914 and 1924, a group of friends who called themselves the Four Vagabonds would climb into their Model Ts...
Read more
Road Safety

Scientists discovered that not only could rats be taught how to drive tiny rodent operated vehicles (ROVs), but through the learning process the fur-faced participants actually...
Read more