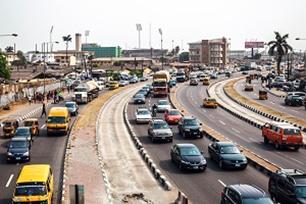 Nigeria, under President Muhammadu Buhari-led administration, recently recorded a historical landmark, as the nation became a signatory to the United Nations (UN) Conventions on Road safety.

As announced recently in a media release posted on the website of the United Nations Economic Commission for Europe (UNECE), the nation acceded to all the six priorities United Nations (UN) Conventions.

Reacting, the Corps Marshal of FRSC, Dr Boboye Oyeyemi, described the development as a landmark in the history of the country and testament to the Government’s prioritization of road safety management.

He said: “We are fully committed to translating this momentum into action on the ground, and hope that Nigeria’s road safety leadership will also inspire other countries to join the Conventions and strengthen their efforts”.

Road traffic fatalities in Nigeria kill an estimated 21 out of every 100,000 people, according to WHO estimates. Together with this human cost, an estimated 3% of the country’s GDP is lost to road traffic crashes each year.

This builds on Nigeria’s action in recent years to improve its road safety situation, guided by its National Road Safety Strategy. The 2015 Mid-Term Review of the African Road Safety Action Plan ranked Nigeria among the top three best performing countries in Africa on road safety. However, whilst progress has been made, strengthened and holistic efforts are urgently needed to save more lives on the country’s roads. The UN road safety Conventions can make a concrete contribution in this regard.

The United Nations Secretary-General’s Special Envoy for Road Safety, Jean Todt said “I warmly welcome this important step by Nigeria. By joining the UN road safety Conventions, the Government of Nigeria has reaffirmed its strong commitment to improving road safety, taking bold action to seize the lifesaving potential of these agreements. I call on all countries to follow this example by joining the UN road safety Conventions”.

UNECE Executive Secretary Olga Algayerova stated “With a death toll of 1.25 million people and an estimated $1.85 trillion economic cost each year, addressing road safety is vital to global efforts to achieve the ambitious 2030 Agenda for Sustainable Development. As host to the United Nations road safety Conventions, UNECE welcomes Nigeria’s accession to these key agreements and stands ready to support Nigeria for their effective implementation to save lives on the roads”.

UNECE and the Secretary-General’s Special Envoy for Road Safety have been working with the Government of Nigeria to promote accession to the Conventions, mobilizing political commitment, supporting the accession process, and building knowledge and capacities of government officials.

Nigeria is also a member of the Advisory Board of the United Nations Road Safety Trust Fund, for which accession to and effective implementation of the UN road safety Conventions are a key priority for improving global road safety, particularly in low and middle-income countries, where 90% of road traffic fatalities occur.

UNECE has a long history of promoting road safety. In 1950, UNECE created a working group focusing on the prevention of road accidents, establishing in 1988 what the Global Forum is now for Road Traffic Safety. The primary function of the Global Forum and other related working parties at UNECE is overseeing the United Nations legal instruments aimed at improving road safety.

These legal instruments, such as the 1949 and 1968 Conventions on Road Traffic, the 1968 Convention on Road Signs and Signals, the 1970 European Agreement concerning the Work of Crews of Vehicles Engaged in International Road Transport (AETR), the 1958, 1997 and 1998 “Vehicle Regulations” Agreements and the 1957 European Agreement for the International Carriage of Dangerous Goods by Road, help create a legal framework that addresses the main causes of traffic accidents such as driver behaviour, road infrastructure and vehicle safety.

Together, these legal instruments provide a roadmap that allows governments to create safer roads for all. In 2015, the Secretary-General appointed a Special Envoy for Road Safety who mobilizes sustained political commitment towards making road safety a priority and who advocates and raises awareness about the UN road safety legal instruments among other activities. In 2018, the United Nations Road Safety Trust Fund was launched. It aims to catalyse efforts to address the global road safety situation by bridging the gaps in the mobilization of resources and ensuring the effective coordination of action at all levels.

A new research has revealed that almost 1.1 million unroadworthy vehicles are set to return to the UK’s streets as the...
Read more
Learn How To Drive