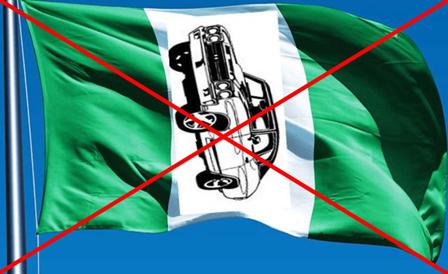 Neglecting the auto industry has put a dent on the achievements of President Muhammadu Buhari’s regime since 2015. It was not peculiar to Buhari’s administration, though. Yes, no regime, military or civilian has succeeded in growing the auto industry. It has been betrayal each time the nation attempted to join the automotive industrialized nations.

[dropcap]E[/dropcap]fforts to grow the industry from 1970s to 1980s were thwarted by the federal government that saw no need to protect the then toddling and growing industry.

President Goodluck Ebele Jonathan’s regime also attempted to revive the industry, coming up with National Automotive Industry Development Plan (NAIDP). It was passed into law. But the president did not sign it.

After assuming office in 2015, PMB’s regime promised the stakeholders in the auto industry that it was ready to continue what its predecessor could not finish. But it went against its promise. PMB, like GEJ, did not only decline ascent to the bill, his administration recently suspended the nation’s six-year-old Auto policy.

Reason given was mounting pressures from the Organized Private Sector and auto stakeholders.

Questions are: Which stakeholders? Were they not in the country when the bill was drafted? What is the big deal about this bill having negative effect on the nation’s economy? After-all the policy was simply aimed at:

So I asked again, how would these affect the economy negatively? Is it not similar moves being made to encourage agriculture, especially local rice production?

But with Nigerian historical governing style, the stakeholders, who, they claimed clamoured for a review of the auto policy, were, in August 2016, gathered at a forum hosted in Lagos by Ministry of Industry, Trade and Investment in partnership with the National Automotive Design and Development Council (NADDC) and the Nigerian Economic Summit Group (NESG). At the event, the then Nigeria’s Minister of Industry, Trade and Investment, Dr. Okechukwu Enelamah assured that Buhari’s administration had no plan to reverse the National Automotive Industry Development Plan (NAIDP) flagged off by its predecessor in July, 2014.

The following year, 2017, NAIDP scaled through the nation’s legislative chambers, awaiting Presidential ascent.  But till the end of PMB’s first term, it never happened. And hopes that it would happen in his second term has been dashed. First, shortly before the 2019 election, we were told the president declined accenting the bill and sent it back to the national assembly for some amendments. So why did this administration promised not to tamper with auto policy?

Why did it have to take almost five years to realize that the bill, if passed, would affect the economy negatively?

To sprinkle salt on the sector’s injury, present Minister of Industries, Trade and Investment, Otunba Niyi Adebayo, announced a plan to totally redraft the policy and resubmit to the National Assembly. Worst, the powers that be has been very secretive about, not even  motoring journalists were informed about the plans. When the bill was said to have been sent back to the parliament for “amendment”, the Chairman of Nigerian Automotive manufacturers Association, who is also the Managing Director of VON Automobiles Nigeria, Mr. Tokunbo Aromolaran, could not tell us why the presidency refused to  sign the bill. According to him, the DG of National Automotive Design and Development Council, NADDC, Mr. Jelani Aliyu, said nothing.

After that media briefing, I knew there was fire on the mountain. I was right. The nation’s auto policy has once again been kicked so hard that it somersaulted and collapsed. At this point, Nigerians deserve answers to certain vital questions: What does the PMB regime plan to add or take out of the policy? Didn’t government get impute from the stakeholders before drafting NAIDP?

Rice producers can celebrate as much as they wish. But for the stakeholders in the auto sector, there is nothing positive to blow trumpet over. And looking back at the nation’s history regarding the development of the auto industry, Nigeria has lost credibility with automotive investors worldwide.

I once asked the Mercedes-Benz what plans they have towards setting up auto manufacturing in Nigeria; the brand’s major excuse was fear of policy somersault. Once again, they have been proved right.

As the nation celebrates independence anniversary, therefore, do not expect bells and whistles and cheers over this from the industry, because you won’t get it. This is another wasted opportunity to help pull this country out of the dulldrums. What do we have? Absolutely nothing. Not even a false promise.

Had the Nigeria’s auto sector enjoyed 20% of the efforts put into promoting agriculture, especially rice production, many Nigerians, by now, would be cruising about in brand new vehicles made or assembled in Nigeria. Thousands of Nigerians would have been gainfully employed within automotive plants and satellite industries.

Is America Behind Corona Virus?

By: MATILDA FRANCES I have a problem. It’s not medical.  But my brain has decided to connect together...
Read more
Opinion

Avoidable Death: How to Stamp out Police Power Abuse on Nigerian Roads

By: TILDA FRANCES In recent days I have read of the death of a young man, supposedly at...
Read more