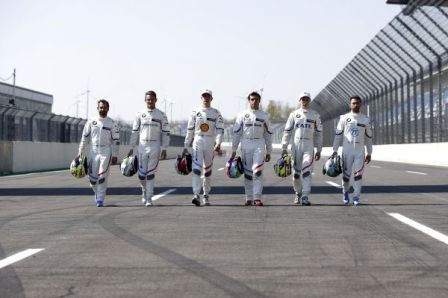 The wait is finally over: the new BMW M4 DTM with BMW Turbo Power – developed in accordance with Class 1 regulations – will make its race debut this weekend. From 3rd to 5th May, the Hockenheimring (GER) will host the opening round of the 2019 DTM season. The six BMW M4 DTMs will once again be run by BMW Team RBM and BMW Team RMG.

The BMW M4 DTM is powered by a new two-litre R4 turbo engine, which has been developed from scratch and generates over 600 hp – the P48. The move to turbo engines is one of many innovations in the DTM.

The aerodynamics have also been modified and the weight of the car reduced. Furthermore, a push-to-pass system, which allows drivers to briefly call on more power for overtaking manoeuvres, has been introduced.

He stated: “The start of the season is always a highlight, but we are particularly excited this year. We are entering a new era with the DTM. With the new turbo engine in the BMW M4 DTM, we are taking up the success story of 50 years of BMW Turbo Power in motorsport.

“We have already enjoyed exciting and thrilling races in the past. With the innovations for the 2019 season, however, the DTM is shifting up a gear in terms of excitement. At the same time, we are also pleased to have a fantastic new manufacturer and competitor in Aston Martin. It will be very interesting to see how the balance of power develops at Hockenheim.

“The regulations have really shaken things up for 2019 and all will be revealed at the opening race weekend. However, one thing is certain: fans can look forward to spectacular races with lots of action – and we want to have a big say in the battle for the top step of the podium.”

TOYOTA GAZOO Racing has decided not to participate in the 48th edition of the 24 Hours of Nürburgring Endurance Race ("24...
Read more
Motor Sports

W Series, the international single-seater motor racing championship for female drivers only, is pleased to announce the inauguration of an all-new...
Read more