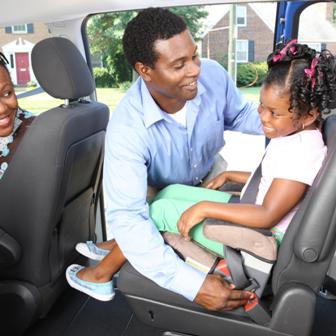 [dropcap]K[/dropcap]ids are often blamed for being a disruptive influence on car journeys, but according to a new Ford survey, parents are creating just as much tension while on the move. Having to endure parents singing is the number one pet hate for children on family car journeys, a new Ford survey shows. Kids also complain that badly-behaved mums and dads shout at other drivers, swear, and pick their noses. 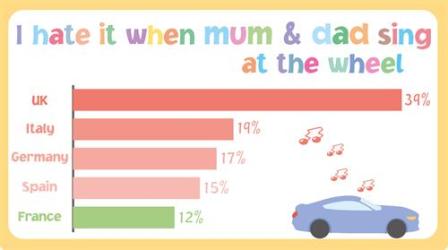 The survey of 2,000 children across Europe reveals that 66 per cent say their parents are annoying on car trips; mums and dads serve up snacks, TV shows and movies to get them to behave; and dads get the thumbs up for being the better drivers – especially from boys. Regardless of snacks, smartphones, and tablets, the most likely response from children to a boring car journey is not surprisingly:  “Are we there yet?”

The Ford survey was conducted in order to better understand what children like and don’t like about traveling in cars and reveals surprising differences from country to country:

Singing parents are least popular in the U.K. where 39 per cent of children ranked this their biggest pet hate. Children in France, the only country that didn’t rank singing as the worst habit, were twice as likely to complain about their parents shouting at other drivers 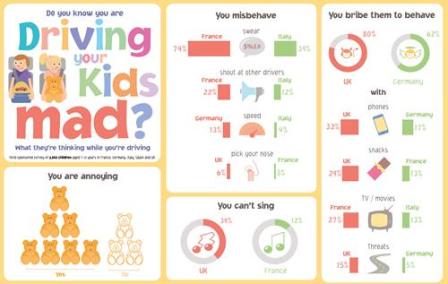 Across Europe, 61 per cent of children revealed parents got angry or used “naughty words”, with French parents the worst offenders (74 per cent). Italy is the only country where less than half of parents lose their temper (39 per cent)

Asking: “Are we there yet?” when bored is the most likely response overall (63 per cent). Children in the U.K. and Italy are more likely to ask mum and dad to put on some music

“Ford cars feature many ingenious technologies and features – but unfortunately nothing designed to improve the singing abilities of out-of-tune parents,” 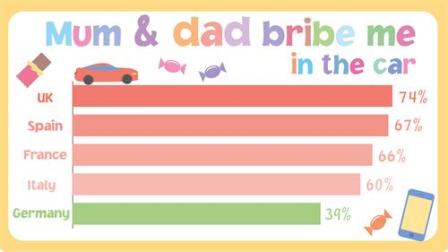 said Roelant de Waard, vice president, Marketing, Sales & Service, Ford of Europe. “Our C-MAX and Grand C‑MAX cars do offer technologies that help find a space and park, and voice-controlled navigation that can find somewhere to eat through the simple command ‘I’m hungry!’” 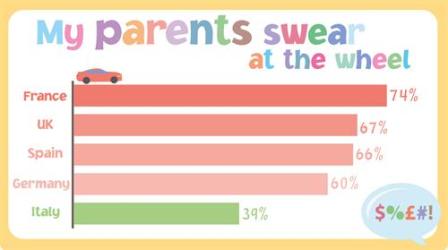 When it comes to getting children to behave, 26 per cent said mum and dad hand over their smartphones for them to play with, and 20 per cent get to watch a film or TV show. U.K. parents are most likely to offer a snack (29 per cent). And the best‑behaved children apparently are in Germany, where 38 per cent claim their parents don’t need to make them behave in the car.

Though both boys and girls across all countries identified dad as the best driver (61 per cent), it was Italian dads that got the biggest thumbs up (67 per cent), and U.K. mums who came closest to being the favourite (45 per cent). The children most likely to highlight nose-picking as the worst parental habit are in the U.K., then Italy and Germany.

Ford’s five-seat C-MAX and seven-seat Grand C-MAX multi-activity vehicles help make driving less stressful. For example, each offers more than 20 clever storage solutions with dedicated homes for sunglasses, smart phones, and cups. In addition, USB charging points ensure that smartphones and tablets will never run out of battery while on the move and Ford’s Hands‑Free Tailgate enables easy access to boot space with a gentle kicking motion under the rear bumper.

The Grand C-MAX’s twin sliding doors and “walk-through” seat design enables easier access and more space in the back. Both models offer Active Park Assist, SYNC 2 connectivity, and a quiet and smooth ride with advanced suspension systems and sound-deadening equipment that make journeys smoother and quieter.

* Survey of 2,002 children aged 7-12 in France, Germany, Italy, Spain and the U.K. conducted for Ford Motor Company by Opinion Matters during July 2015

Battery technology is experiencing enormous investment as organizations race to meet the demand of over 1,500 GWh needed in 2030 for electric vehicles, residential and grid...
Read more
Features

Before Rolls-Royce created the first Goodwood Ghost in 2009, significant time was invested in understanding the group of clients it was...
Read more
Features

By: LARRY EDSALL As part of the rollout of its e-2008 all-electric sport utility vehicle, Peugeot reminds that...
Read more