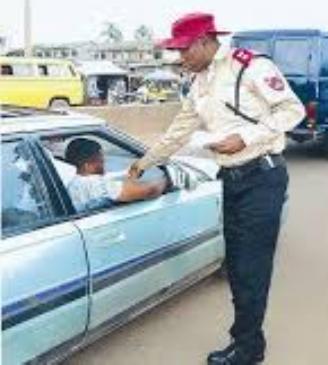 [dropcap]A[/dropcap]long Lagos Ibadan Express road, an FRSC marshal  pulled a car over and told the man driving that he was going over 150km/ in a 100km/h zone.

“I was only going 90!” the driver protested.

“Not according to my radar,” the marshal replied.

“No you weren’t!” the marshal said, starting to get annoyed.

With that, the man’s wife leaned toward the window and said, “Officer, I should warn you not to argue with my husband when he’s been drinking. OK?”