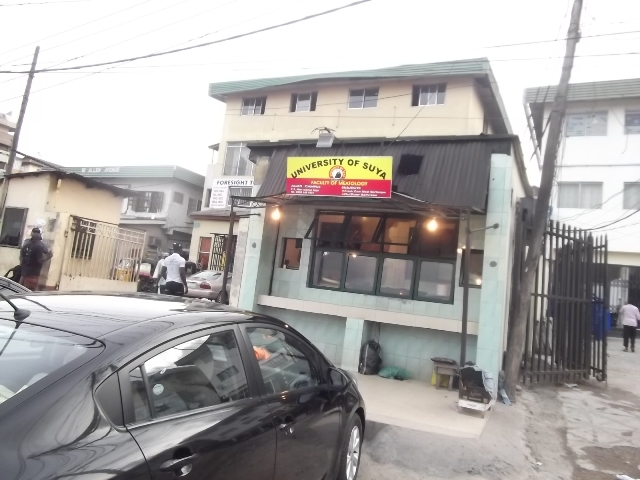 Barbecued meat is popular delicacy around the world. But in Nigeria, it is different things to different people. You probably have never heard of a University dedicated to making of delicious barbecued meat. There is one in Lagos, Nigeria, writes FEMI OWOEYE 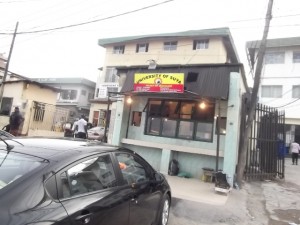 [dropcap]W[/dropcap]here do you plan to spend your next holiday? Australia? Egypt? Turkey? Maybe Dubai? I tell you what? If you’ve never thought of Nigeria, you don’t know what you are missing. A nation that has got everything that makes a fulfilled holiday is Nigeria. Talk of mountains, rivers, green vegetation, warm spring, beautiful beaches and more.  Stunning arts and craft. Charming people and culture. You are missing hundreds of fun. I’ll give you just one example.

People around the world, especially Europeans and Americans love meat barbecue. Well, after checking out of the International Airport in Lagos, Nigeria, it’s possible you have this straightaway with nice cold drink or iced cream to give you the feeling of the Biblical garden of Aden. For, rather than being seasonal, in Nigeria, it is  part of daily life. It even has local names. All over the country, it is known as SUYA. In certain parts of Western Nigeria, it is called ASUN.

While there are nice hotels and lodges, where you can make your SUYA by yourself, the country is dotted with SUYA Spots. I knew this over the years. But after staying in Europe for a couple of years, I could hardly find my way around the nation’s commercial city, Lagos upon return, as the entire place had transformed, courtesy of the regime of Babatunde Fashola, the present Lagos State governor. New and wider roads, traffic lights, new bridges, new shopping centres, new financial institutions and most importantly, s 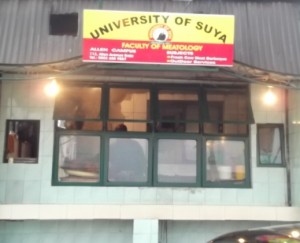 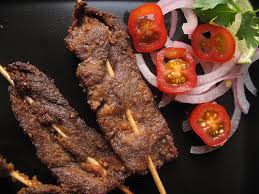 tunning gardens along roads, but more startling, at locations, which used to be like slums. A typical example is Oshodi. Well, that’s beside the point. I’m telling you about SUYA.

I attempted to drive around the Lagos capital, Ikeja. Driving from Alausa, where the Lagos State government secretariat is and heading through Obafemi Awolowo Way, I reached a roundabout popularly known as Allen Junction and took fourth exit, which is Allen Avenue. Almost everything looked new to me. Opposite a shopping centre known as Alade Market, my attention was caught by a signboard headlined: UNIVERSITY OF SUYA”.

“University of what?” I said to myself. Though I had passed it, I reversed and pulled up at the front of what I thought was a higher institution. What did I find? It’s a barbecue meat joint. A rider under the signboard’s headline, quite funny, reads: “FACULTU OF MEATOLOGY”.

After taking pictures of this unusual signboard, I moved closer to see what kind of lecture theatre is available at the Faculty. It’s all SUYA production. Mere looking at the sliced steak meats on fire makes your mouth salivate. A motorist, who has driven a long distance or through a go-slow (a usual experience in Lagos) might be better off having a bite of SUYA at the road side “University”, SUYA at this spot oozes out certain aroma that gives you an extra-ordinary feeling and urges to have a bite of what a Motoring World editorial staff described as being meatalicious”

Indeed, if you want to dine with something “meatalicious”, I suggest giving this a trial..

Suya, a spicy shish kebab like skewered meat, is traditionally prepared by the Hausa people of northern Cameroon, Nigeria, Niger, and some parts of Sudan (where it is called agashe). It is made with skewered beef, ram, or chicken. There is no standard recipe for the production of the complex mixture of spices and additives which make up the Suya marinade (called Yaji) and the spice mix served with it. Ingredients may vary according to personal and regional preferences

Although Suya originated in the Northern parts of Nigeria, it has permeated the Nigerian society, being affordable for all and available everywhere. But what you won’t find everywhere is a University dedicated to Suya. Whenever you are in Nigeria, it’s easy to locate the institution from Lagos Murtala International Airport, which, depending on traffic, is a bout 40 minutes drive to the Lagos capital, Ikeja.

Ikeja is situated at 6.59° North latitude, 3.34° East longitude and 41 meters elevation above the sea level. Taxis are the easiest and safest way to travel from the Airport to Ikeja, where University of Suya is located. Check the driver’s ID, then tell him where you are going and agree on a fare before setting off . Fare ranges between NGN5000 and NGN6000.

If you prefer to drive yourself, note that cars in Nigeria are left-hand-drive and you drive on the right side of the road.  Highway links Lagos Murtala Mohammed International Airport with the city centre.

On your way from the airport, locate Mobolaji Bank Anthony Way. After the first traffic light, take the first exit. Approaching a bridge, do not climb the bridge. Instead maintain the right lane and at the next roundabout, turn right. That is Obafemi Awolowo Way. Drive straight on until you reach the next major roundabout and take the second exit, which is ALLEN Avenue. On your right hand side, there is Tantalizer Restaurant after which you will see the unusual signboard: UNIVERSITY OF SUYA, FACULTY OF MEATOLOGY. Pull up at the front of the “University”. You’ve now reached your destination. Have a wonderful SUYA day.

A shortage of oil refineries across sub-Saharan Africa coupled with soaring crude prices because of the war in Ukraine has left...
Read more
Features

Euro NCAP, on Thursday, published its third round of safety results for 2022. The KIA EV6 and the Mercedes C-Class, both large family cars,...
Read more