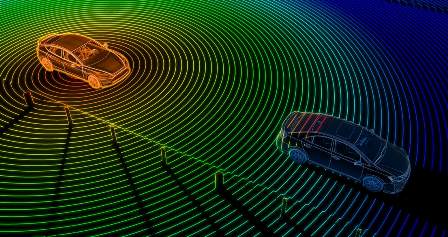 Lidar technologies and markets are rapidly evolving, and IDTechEx are tracking more than one hundred 3D lidar companies worldwide. Each company claims to offer a highly innovative, next-generation product that is superior to competing technologies.

Following a period of dedicated research, IDTechEx published a comprehensive analysis of the lidar market.

First part of the  two-part article presents expert analysis from the autonomous vehicles team at IDTechEx, responding to questions that address popular concerns and misconceptions about lidar technology.

What is lidar technology?

Lidar is an optical sensor technology that enables robots to see the world, make decisions and navigate. Robots performing simple tasks can use lidar sensors that measure space in one or two dimensions, but three dimensional (3D) lidar is useful for advanced robots designed to emulate humans. One such advanced robot is a self-driving car, where the human driver is replaced by lidar and other autonomous vehicle technologies. 3D lidar systems scan beams of light in three dimensions to create a virtual model of the environment. Reflected light signals are measured and processed by the vehicle to detect objects, identify objects, and decide how to interact with or avoid those objects.

How far can lidar technology see?

The object detection range depends on the choice of measurement process, laser, beam steering mechanism and photodetector. Short-range 3D lidars designed for low-speed vehicles in urban environments typically exhibit a range of 50 m or less. Long-range lidars designed for high-speed vehicles in highway environments can exhibit a range of 200 m or more.

What can lidar technology see?

3D lidar can determine the position, size and shape of objects. Many lidars can identify if the object is a person or cyclist, while high-resolution lidars can read text in some cases. Frequency-modulated continuous wave (FMCW) lidar is an emerging technology trend in the autonomous vehicles market. Unlike conventional time of flight (TOF) lidar, FMCW lidar can compete with radar technology by detecting object velocity in real time. Lidars cannot see colour.

Can lidar technology see at night?

It is possible, but every 3D lidar system is designed to isolate its own signals from background noise. Compared to conventional TOF lidar technology, FMCW lidar enables better signal coding to minimise the risk of interference.

Can one lidar technology emerge as the winner?

According to the market model developed by IDTechEx, this cannot happen within the next decade. The ideal 3D lidar technology depends on the type of vehicle, its level of autonomy, and its typical operating conditions.

Will the price of lidar limit its adoption?

According to the market analysis by IDTechEx, the average price of a 3D lidar module in 2019 is $10,500 USD. However, unit prices will decrease rapidly within the next decade as lidar technologies mature and companies scale up production. The global market for 3D lidar in autonomous vehicles will grow to $5.4 billion by 2030.

The lidar technology landscape is cluttered with numerous options for every system component. IDTechEx identified four fundamental technology choices that every lidar company must make, which strongly impact on product performance and business growth.

Measurement process: The measurement process determines how the light signal is generated and how it is measured. Most lidar companies develop conventional TOF technology, but there is a trend towards emerging FMCW lidar. However, the technology readiness of the latter is low, and companies developing frequency-modulated lidar must secure large investments and strong industry partnerships to sustain their business until products are launched.

Laser: A light source and wavelength must be selected. SWIR lidar is considered safer for human vision than NIR lidar operating at shorter wavelengths. Most lidar companies develop conventional NIR technology, but there is a trend towards emerging SWIR lidar because the latter can operate safely at higher power and detect distant objects.

Beam steering mechanism: The laser light must be diffused or scanned by beam steering technology to illuminate the scene. Conventional automotive lidar uses a rotating mechanical assembly to scan laser beams by 360°, which enables the vehicle to see around it using a single lidar mounted on the roof. Rotating mechanical lidars are large, expensive and prone to mechanical failure. The technology trend is towards small, cheap and stable module designs. Emerging beam steering options include mechanical systems with limited motion, micromechanical systems based on MEMS mirrors, and pure solid-state systems.

Solid-state lidar is attractive to car manufacturers because the sensor is a compact and robust device, which is easily embedded into vehicles. 3D flash lidar is a type of solid-state lidar that usually illuminates the entire scene at once like a camera. This enables fast imaging without distortion, but the typical object detection range is shorter than scanned lidar due to laser power limitations. Scanned solid-state lidar has the potential to rival the performance of micromechanical lidar, but the technology readiness is too low for production vehicles in the short-term. Emerging solid-state scan options include an optical phased array (OPA) based on silicon photonics, various liquid crystal structures, and wavelength scanning via prism-like optics.

Photodetector: Finally, a decision must be made on how the detector measures reflected light. Importantly, the light absorbing semiconductor material must match the laser wavelength. Single photon sensitive detectors are an emerging technology trend, which enable lidars to register signals quickly and detect weak signals from distant objects.

This article is based on research conducted by Dr Nilushi Wijeyasinghe, an IDTechEx analyst, as part of an autonomous vehicles project directed by Dr Khasha Ghaffarzadeh, the Research Director of IDTechEx.