Posted by: Motoring World in Around-the-World 22nd May 2018 1 Comment

The managing director of Jaguar Land Rover in the UK has accused the government of scaring off car buyers and damaging the motor industry with its lack of clarity on vehicle emissions and car taxation policy.

Addressing delegates at CDX – the UK’s largest motor trade expo – Jeremy Hicks said the government’s failure to make its position clear was causing consumers to ‘hold off’ their next car purchase and directly responsible for falling car sales.

And he received rapturous applause from the audience of car dealers as he called on the politicians to take immediate action to arrest the decline.

“This confusion doesn’t do any of us who are involved in the industry any good,” he added.

Hicks continued: “There’s so much confusion now, frankly created by government in terms of, is it OK even to buy an internal combustion engine car any more? And that has caused an untold amount of ‘hold-off’.”

He added that JLR had surveyed consumers and discovered around half did not know what EU standards were and that a third did not understand the differences of CO2 impact between a petrol and diesel engine.

He added: “And then you have the taxation policy, where the government has an unclear policy that basically says ‘don’t go out and buy one’.

Mr Hicks was speaking as part of an expert panel on the future of the automotive industry at CDX, which is currently taking place in Manchester.

Mr Hawes supported Mr Hicks in calling for more clarity, stating: “For me, one of the main obstacles to a booming market has been that lack of clarity around diesel and the future of diesel.

“Yes, diesel has a role in the near, medium, potentially long term future of mobility. The issues around air quality do need to be addressed but it is not the sole responsibility of the road transport and automotive industry to solve the problems which originate in a much wider variety (of industries).”

The full discussion can be viewed here.

Mr Baggott said: “Jeremy Hicks is absolutely right when he asks the government for clarity on its car taxation policies and its stance on diesel and internal combustion engine cars.

“Customers do not know which way to turn when it comes to buying a new or used car because of this confusion and the effects are being felt right across the industry.”

Beggott added: “We are delighted that our expo, CDX, can be a platform for leading figures in the industry to send a message to those in authority, like Jeremy has done. “

1
SHARES
FacebookTwitterSubscribe
2018-05-22
Motoring World
Previous: Peugeot 108 Line-Up Gets New Colours And Features
Next: Get Stressed Searching for Spaces in Busy Car Parks? This New Tech Could be the Answer 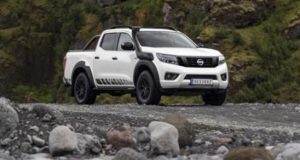