It’s the 50th Anniversary of the Cobra Daytona Coupe

Back in 1964, the Cobra was all dominant – except at such high-speed European circuits as Le Mans. Carroll Shelby duly tasked designer Peter Brock with penning a sleeker body and the resulting Cobra Daytona Coupes beat Ferrari to the 1965 FIA Sports Car Championship.

Only six cars were constructed in period, which will be assembled for the first time ever at the upcoming Goodwood Revival meeting, September 11-13. Unsurprisingly, these Shelby masterpieces very rarely come to market and, when they do, they fetch a fortune – the last one to sell fetched $7.25million. A genuine derivative is, however, available brand new from just £99,800 plus VAT – here’s the story…….

The current CSX9000 Series Daytona Coupe was developed directly from the original Coupes by Brock and fellow designer Bob Negstad. They combine the mouth-watering shape of those original cars with the very latest in engineering technology, as a result of which they were sanctioned by the late, great Carroll Shelby and subsequently adopted as an official Shelby product.

The current (MKII) version benefits from numerous upgrades, including: a better gearbox (Tremec Magnum); improved suspension option with Öhlins adjustable dampers; stainless steel side-mounted exhausts; deep-dished 15” FIA wheels or 18” race-style ones; greater interior space; better air conditioning controls; and exterior door handles. The body is manufactured from polyvinyl ester and there is a wide choice of engines as follows: Ford motorsport ones from 289 to 427ci in capacity and 380 to 550bhp in output, and a 520bhp version of GM’s popular LS3 unit. 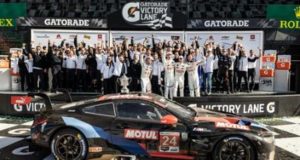 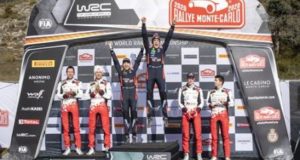 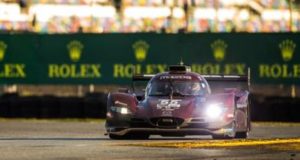