Is America Behind Corona Virus? 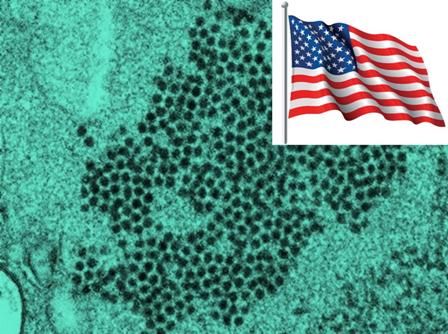 I have a problem. It’s not medical.  But my brain has decided to connect together certain coincidences to make a whole.

Let us start with incident number one. For some time now, it has been well documented that America has been at odds with China. It’s all over the news, online, newspapers and of cause the television, being discussed.

Next is something that had been circulating on social media platforms and that is that, America had produced a virus that can be cured. My query is WHY?

Next on the agenda is an outbreak of Corona virus in China, resulting in the virtual shut down of the country, with the possibility of economic damage.

Let us go to the outbreak of the virus first. It was reported to have started in a fish market. Now think carefully on this point alone. Since when have fish had the ability to transmit a pneumonic virus to man.

Now please stay with me on this. Fish live in conditions not really conducive to such viruses, unless being wet and cold twenty four hours a day is a problem, but why should it be, they are developed to live in such conditions. The only way for a prawn, crab or fish to be a carrier is for it to have been contaminated by an outside agency, such as a person on board the boat, probably by injecting a fish or whatever, while it was still wiggling.

Now let us go to the method of preservation. These fish are normally caught and frozen onboard huge factory ships, then the catch is offloaded on quaysides, where the fish markets are located, in order for the fish, and I’ll stick with fish for arguments sake, to contaminate an individual.  The fish could not have been gutted. The reason I say this is, if the fish has been impregnated with a virus and then frozen, the virus would in essence be in stasis, waiting to be released and the only way that could be done is to gut the thing, thereby transferring the illness to the hands of the person doing the job.

Have there been any reports of fishermen with the illness on board any boats? Not to my knowledge.

Anyway back to the poor individual, who was unlucky enough to start the ball rolling. Once on the hand, it’s only a short distance to the nose and throat of that person, an innocent wipe of the face with their hands is enough to transfer the disease to where it needs to be, i.e. inside a person and from there, as we know the world, which is further aided and abetted by air travel.

Now let us consider an illness that has been developed that can be cured. Again I ask WHY what is the point, aren’t there enough diseases out there that need curing, or was it a dull day in the lab? What worries me more than anything is the fact that it was America that had done it.

You’re going to ask why, I know. The Americans, as we all know, are as afraid of their own shadows as I am of the ants where I live, shit scared, but not only that there has been a bitter battle between them and China. A successful way of bringing a nation like China to its knees, is to cripple it economically, because China has an export-based economy, and to do that you have to make it a no go area, what is better than a pandemic. The fact it has travelled the world, as I said with the aid of air travel so much the better.

Now this is where a President with a personal agenda and a mind like a cork screw, would spout patriotism, when in reality he would only be thinking on personal gains. Imagine if that President had business interests that could benefit from such an outbreak, also remember that this said person has yet to declare his tax or assets, it makes you wonder what is he hiding, to what lengths would he go to line his own pockets further?

It was reported that he had used most of his fortune to run for the highest office on the land, what better way of recouping his loses than by getting rid of any competition? It’s a thought isn’t it?

To start a trade war with a rival is a good smoke screen and to tell a gullible nation that it’s for the people and that he’s proud to be an American, and America will be great, not with him at the helm, if this man can sign a peace agreement with the Taliban, why not with China?

By:MATILDA FRANCES As Corona virus pandemic ravages the earth planet, motorists should be thinking of their own safety....
Read more