Hamilton on pole in Shanghai 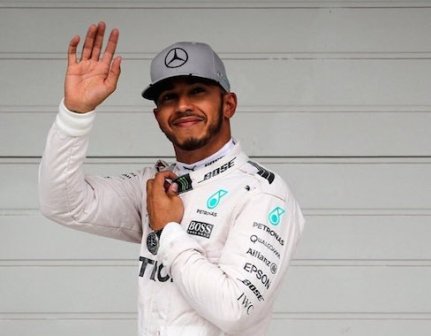 Hamilton  pulled out all the stops to top qualifying  after Ferrari had led the first two phases of the session.

It was another close fight between Mercedes and the Scuderia, with Sebastian Vettel splitting the silver cars, only a tenth off Hamilton and just a thousandth of a second ahead of Valtteri Bottas in third.

At the other end of the grid, Red Bull’s Max Verstappen will start from the back row.

Vettel yet again stamped Ferrari’s authority on Q1, taking away Hamilton’s 1m 33.333s top spot with 1m 33.078s as Raikkonen was third on 1m 33.341s from Bottas on 1m 33.684s. Interestingly, where everyone else opted for supersoft tyres, the Ferrari drivers used softs… Also outstanding were Stroll, who lapped his Williams fifth fastest in 1m 33.986s, and Alonso who was 10th for McLaren on 1m 34.499s.

The unluckiest man appeared to be Romain Grosjean. He was completing a second lap after recording 1m 48.622s when he spun his Haas exiting the final corner, Turn 16. He ruined his tyres and sustained a puncture as a result, but was fortunate enough to limp home and improve to 1m 35.223s to take 17th slot behind Stoffel Vandoorne on 1m 35.023s for McLaren.

Nissan e.dams will be back racing at the iconic Monaco street circuit this weekend for Round 6 of the 2021/22 ABB...
Read more
Motor Sports

Jaguar TCS Racing returns to the streets of the eternal city, Rome, this weekend for the second double-header of the 2022 ABB FIA Formula...
Read more