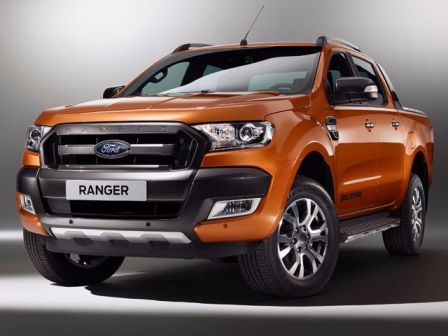 Ford has gone further in the ultra-competitive light commercial vehicle (LCV) segment with the launch of the New Ranger for 2019. The new Ranger was launched in Pretoria, South Africa, recently.

Featuring an extensive range of mechanical, technological, feature and comfort upgrades, the new line-up will make the Ranger an even more compelling choice amongst workhorse and leisure-oriented pick-up customers.

“The current Ranger has been a fantastic success story for Ford in Sub-Saharan Africa, and is the leading LCV export to markets in Europe, the Middle East and the rest of Africa,” says Doreen Mashinini, General Manager Marketing at Ford Motor Company Sub-Saharan Africa (SSA) Region.

“The New Ranger introduces fresh exterior and interior design cues that build on its ‘tough truck’ image, complemented by the adoption of new technologies that further bolster the Ranger’s established reputation for supreme safety, convenience and comfort,” she adds.

The model line-up has been revised for New Ranger, with the new XLS series slotting in above the entry-level Base and XL versions. The XLS offers superb value for money along with an impressive list of standard features. The Ranger Limited makes way for an enhanced XLT specification in SSA, and the range is topped off as usual with the exclusive and luxuriously appointed Ranger Wildtrak.

Commenting on the New Ranger, Abiona Babarinde, the General Manager, Marketing and Corporate Communications at Coscharis Motors, the exclusive distributors of Ford in Nigeria says “We are excited about this new addition to our Ford collections that will certainly deliver the expected value in the auto market as this is expected to delight our numerous existing customers and convert new prospects in the truck segment. Surprisingly, some of our loyal customers have already started to make enquiries on this New Ranger which is a good signal that this vehicle will be well accepted and will do well in our market”.

Continuing the Ranger’s proven ‘Built Ford Tough’ heritage, the assertive styling of the 2019 model delivers an even more powerful presence on the road. The latest model offers the opportunity to provide greater differentiation in the series. Accordingly, the front-end design of the popular XLT series has been updated to have a more horizontal feel, with the centre grille bar now divided into two, giving it a more precise and well-crafted look. 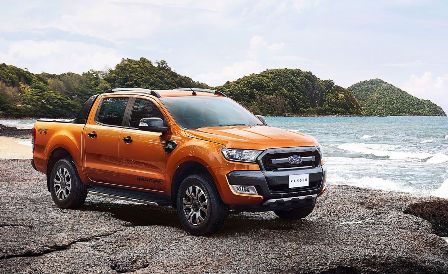 The lower bumper also presents a sense of solidity and strength through the centre beam that runs into the outer fog lamp areas. With a wider lower grille the new bumper complements and harmonises well with new front end. The same design execution has been applied to XL and XLS variants.

The reliable and efficient 2.2-litre TDCi engine remains a key part of the New Ranger line-up across the Single Cab, SuperCab and Double Cab models. It continues in the two existing levels: 88kW/285Nm with a five-speed manual gearbox for the base-spec models, and 118kW/385Nm for the more upmarket versions, available with a choice of six-speed manual and automatic transmissions on selected derivatives

The dependable and more preferred in Nigeria 2.5-litre four-cylinder Duratec petrol engine is also available in selected models, providing 122kW of power and 225Nm of torque, combined with a five-speed manual gearbox.

The Ranger is already highly regarded for its impressive ride and handling characteristics, and the 2019 model range has benefitted from further improvements that result in significantly improved ride quality more akin to that of a sport utility vehicle (SUV) than a pick-up.

The refinements made on the new Ranger provide a plusher ride over rough surfaces by better isolating the occupants from the road inputs. They also improve vehicle handling over corrugated surfaces, give better steering precision and control, and benefit the vehicle posture and ride performance when laden.

The Ranger’s exceptional towing capacity of up to 3 500kg remains unchanged, as do the impressive load capacity of up to 1 199kg (on selected SuperCab models), the 800mm water wading depth and 230mm ground clearance.

The Ford Ranger continues to rewrite the rulebook by introducing trend-setting technologies to the pick-up segment, and the New Ranger is no exception.

Added for everyday convenience is the new Passive Entry and Passive Start (PEPS), fitted as standard on the XLT. The keyless entry and passive start uses an intelligent access system that allows the driver to unlock the vehicle and start the engine without removing the key fob from a pocket or bag. When the key is in the vehicle, the driver simply presses the Start/Stop button while applying the brake pedal to start the car.

A full Category 1 Thatcham-specification alarm is now standard on all Ranger XL, XLS, XLT and Wildtrak models, complemented by a spare wheel lock across the range.

The Anambra and Delta Governments on Tuesday agreed on strategies to check the heavy human and vehicular traffic across the Niger...
Read more
Nigeria

Coronavirus cases in Nigeria increased further on Sunday with 313 cases reported by the country, despite efforts by authorities to flatten...
Read more
Nigeria