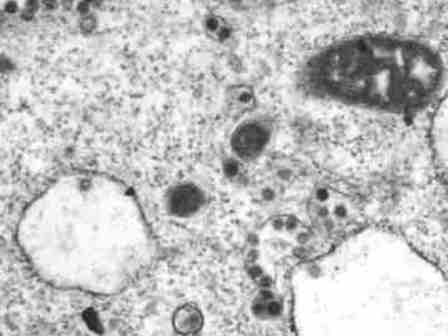 Latest Nigerian to test positive of Corona Virus was said to have been infected while driving a 27-year- old American, who was visiting Nigeria from Richmond, Virginia, USA in the company of his caregiver, a Nigerian female Age 31, of Ekiti origin.

Preliminary investigations revealed that the pair were driven by the confirmed case to Ibadan, where they stayed for two weeks, and arrived Ado Ekiti, Ekiti State on 13th March, 2020.

In line with the Nigeria Center for Disease Control (NCDC) protocols, the Ekiti State Taskforce on COVID-19 has already quarantined the confirmed case on admission in the State Isolation Centre, while the caregiver who tested negative, is presently under observation in self isolation.

The statement reads further: “We have commenced the process of contact tracing, working with the Federal Ministry of Health and the World Health Organization (WHO) following the team’s itinerary since they landed in Nigeria on the 3rd of March 2020.

“We have also contacted the Oyo State Government since it was recorded that they stayed in Ibadan for two weeks before arriving Ekiti State.

“The confirmed case is very stable and not showing any symptoms while NCDC will repeat the test for the caregiver who is also in self isolation.

“The Ekiti State Task Force on COVID-19 is following the NCDC Case Management Protocols with diligence.”

The State government, therefore, urged Ekiti residents to stay calm and ensure they observe the prevention steps that are being publicized on all credible media, adding, “It is important to state that this likely index case was on a short visit and had not been in Ekiti State for up to 72 hours before his death.”

Ekiti State Taskforce on COVID-19 also advised residents to continue to take self preventive measures by washing their hands with soap and water, covering their mouths when coughing or sneezing, observing social distancing and to alert the authorities of any suspected case by calling the 112 Emergency Number or 09062970434, 09062970435, 09062970436.

With more than 6000 COVID-19 cases reported in Africa, the virus is threatening fragile health systems on the continent. Infections are...
Read more