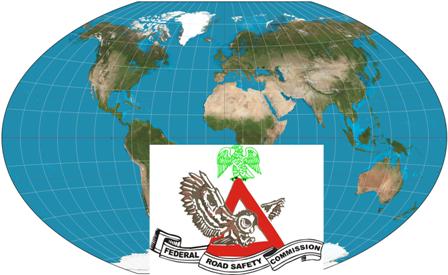 [dropcap]W[/dropcap]hen the Federal Road Safety Corps (FRSC) was established about 29 years ago, some of the distinctive features introduced into the operations of the Corps by the founding fathers were the centrality of public enlightenment programme into its crash reduction strategies and civility, which serves as the dominant value of the organization.

Consequently, either in their dealings with traffic violators and members of the public, staff of the Corps have been encouraged to always engage in public awareness creation as the defining image of the Corps.

Thus, either at the operational level of enforcing traffic laws on offenders or communicating its policies and programmes to members of the public, emphasis has always been placed on education and enlightenment. That is why every traffic offender must be told of the nature of his/her offences and made to undergo public enlightenment lecture before the confiscated papers are released. In the same vein, members of the Corps would never embark on enforcement of any new traffic rules without first making adequate consultation with relevant stakeholders, especially the transport unions to educate them on the consequences of the violation for smooth enforcement.

It was in sustaining this novel spirit of consultation and public awareness creation that the idea of FRSC annual lecture series was conceived by the Management and institutionalized in 2009 as a platform for information sharing on topical road safety issues and consolidating the idea of collective responsibility in matters of road safety. At the commencement of the lecture series in 2009, the maiden Guest Speaker was His Excellency, Chief Emeka Anyaoku, the former Secretary General of the Commonwealth, who spoke on the theme, “Capital Waste on Nigerian Roads,” which was followed in 2010 by KK Kapila who delivered on the theme: “Decade of Action For Road Safety: Imperatives for Developing Economies.”

Professor Richard Tay followed in 2011 with the third in the annals of the lecture with his paper on the theme: “Integrating Road Safety into Economic Development.” The fourth lecture series was in 2012 and was delivered by Neil Schuster on the theme: “Achieving Safe and Sustainable Transport: Lessons for Nigeria.” That was followed in 2013 by the President of the Republic of Ghana, His Excellency, John Mahama who delivered his paper at the Fifth series on the theme: “Safe Rods: A 21st Century Development Challenge.”

The sixth in the series of the annual lecture was delivered in 2016 by the Governor of Lagos state, His Excellency, Akinwumi Ambode on the theme: “Partnering with States on Road Safety Administration,” which brought us to the recent seventh annual lecture delivered by the United Nations Secretary General’s Envoy on Road Safety: Mr Jean Todt who served as the Guest Speaker on the theme: “Achieving the Goals of the UN Decade of Action For Road Safety in Africa.” The lecture which attracted huge participants from within and outside the country was unique in the annals of the FRSC lecture series, because apart from being the first of such lectures to be held at the seat of power of the Nigerian government, it created opportunity for diplomatic enhancement between Nigeria and the global body represented by the United Nations.

According to some analysts who watched the programme live on the national television, the uniqueness of the lecture was epitomized by the new public public consciousness on issues of road safety and a demonstration of political will by the Federal Government of Nigeria to issues of road safety in the country by choosing to host the event at the Presidential Villa.

The UN Envoy further expressed concern with the low level of commitment to issues of road safety by governments of African countries, especially when viewed against the backdrop of the social and economic consequences of the menace of road traffic crashes on the development of the continent. While appealing for more attention to issues of road safety in Nigeria, Mr Todt observed that road transportation remains the most dominant mode of conveying people and goods in the country, stressing that special attention should, therefore, be given to safety on the roads. “Nigeria can serve as an example for other African nations through credible data management and greater investments in road safety education,” he stated.

The lecture, which attracted huge participants from various fields of human endeavour including members of the Diplomatic Corps, civil society organizations and Road Safety Clubs from Primary, Secondary and NYSC levels also, had members of various transport unions in attendance. The Vice President, who was the Special Guest of Honour, Professor Yemi Osinbajor was represented by the Minister of State for Works, Power and Housing, Alhaji Suleiman Hassan with the Acting Secretary to the Government of the Federation, Dr Habibat Lawal equally in attendance. The Minister of the Federal Capital Territory, Mallam Mohammed Bello, who was the host Minister and the Ooni of Ife, Oba Adeyeye Enita Ogunwusi who chaired the occasion delivered goodwill speeches at the occasion.

The pioneer Chairman of the FRSC Board, Professor Wole Soyinka was not left out among the participants, as were some past Chairmen of the FRSC Board, retired senior officers of the Corps, Military and paramilitary officers and host of other dignitaries including the former Secretary to the Government of the Federation, Alhaji Yayale Ahmed. It was a day that Nigeria under the auspices of the FRSC got global attention from members of the international community who come in solidarity with the nation’s example of how to tackle the menace of road traffic crashes using the lead agency model. Moreover, the impact of the event would not be lost on the participants, the visitors and the young members of the Road Safety Club who were afforded the opportunity of seeing how the popular Aso Villa looks like through the lecture series.

In his post lecture visits to the Vice President, the Secretary to the Government of the Federation, Ministers of Health and that of Works, Power and Housing, Mr Todt continued to commend the Nigerian government for paying special attention to issues of road safety in the country, describing it as, “an inspiration for other African countries” to take a cue.

The FRSC 7th annual lecture series was indeed, an eye opener and inspiration for all the first time visitors to Nigeria who did not know before that the country has a lead road safety management and administration agency, and its memories will continue to linger in the minds of all those that attended or viewed the programme live on the national television.

A new research has revealed that almost 1.1 million unroadworthy vehicles are set to return to the UK’s streets as the...
Read more
Learn How To Drive