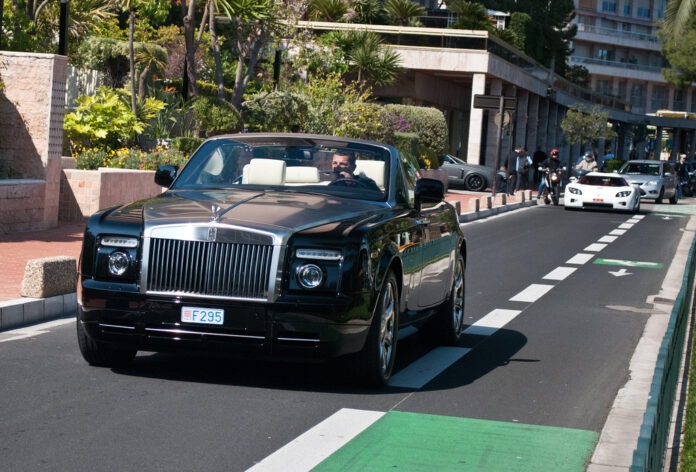 Cristiano Ronaldo, Portugal professional footballer, who plays for Real Madrid C F, is a car freak, who doesn’t acquire automobiles, merely for moving from place to place, but sees them as toys, reports ROTIMI ASHER

[dropcap]E[/dropcap]arly this years (February 5th), Ronaldo marked his 30th birthday. To celebrate that milestone, he got himself a ghost. Yes, he had always dreamt of a Rolls Royce Ghost. For turning 30, he treated himself to a white Ghost model of Rolls Royce, at a cost of £330,000(equivalent of N92.4 million).

After acquiring the expensive machine, Ronaldo posed for photograph with it, sharing it on his instagram page and wrote: “Good morning! Leaving for training with this nice weather”.

Ronaldo’s 2015 Rolls Royce Ghost is massive than his Phantom. Powered by 6.6-litre twin-turbocharged V-12, which produces 563 horsepower and 575 lb-ft of torque and based on the BMW 760i’s 6.0-litre V12, which is mated to an eight-speed automatic transmission.

The Ghost Series acquired by Ronaldo benefits from the latest telematics and infotainment systems offered in the BMW line up. It understands simple commands, such as “go to” or “call,” and it allows data entry by means of a touch pad. The trick even works in Mandarin.

The ace footballer can afford all these expensive toys and even more, for in his football career, his current earning is £18 million per annum.

Ronaldo began his career as a youth player for Andorinha, where he played for two years, before moving to CD Nacional. In 1997, he joined Portuguese giants Sporting . In 2003 he was noticed by Manchester United manager, Alex Ferguson, who signed him on for £12.2 million (€15 million). In 2004, he won his first trophy, the FA Cup and later became first player in England to win all four main PFA and FWA awards.

In January 2014, Ronaldo scored his 400th senior career goal for club and country .

In January 2015, Ronaldo was named the best Portuguese player of all time by the Portuguese Football Federation, during its 100th anniversary celebrations.

While he plays football with passion and good to wash on the field, Ronaldo is more passionate about his cars. He loves them. He races them. He keeps none for any special occasion. He drives anyone that he feels like driving. No wonder, he sometimes go for training in his £330,000 million White Ghost.

Euro NCAP, on Thursday, published its third round of safety results for 2022. The KIA EV6 and the Mercedes C-Class, both large family cars,...
Read more
Load more
0
SHARES
FacebookTwitterSubscribe