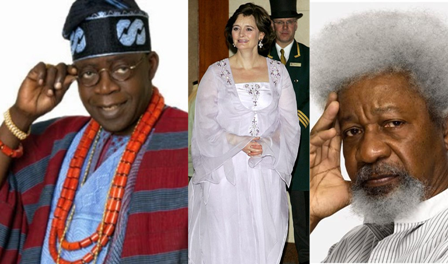 Gov. Babajide Sanwo-Olu’s Chief Press Secretary, Gboyega Akosile, said in a statement that the state will be celebrating the 27th anniversary of June 12 and Democracy Day with Nigerian youths.

The theme of the online celebration is “June 12: Learning from the Past, Shaping the Future”.

As reported by the News Agency of Nigeria, the virtual event holding on June 12 by 12.00 noon, will also feature multi-award winning artiste, Timi Dakolo and TY Bello, among notable personalities.

The statement said that the artistes would be joined by a veteran journalist, public commentator and publisher of Ovation Magazine, Bashorun Dele Momodu.

It further said that artistes are expected to entertain youths from different campuses that will be attending the online celebration.

“They (artistes) will be joined by Special Adviser to the President on Political Matters, Babafemi Ojudu, former Commissioner for Information and Strategy in the state, Mr Dele Alake.

“Tinubu, Sanwo-Olu and others, including Dr Joe Okei-Odumakin, Ms Yemi Adamolekun and Mr Seun Onigbinde, will further chronicle how June 12 was declared a public holiday by the Federal Government in honour of the memory of  Moshood Abiola,” it said.

It said that Sanwo-Olu would address the youths and explain to them how the present administration had ensured that none of the citizens’ rights was trampled upon.

The statement said that the governor would explain what the administration had done in the last one year to ensure residents of Lagos got the dividends of democracy they agitated for while marching on the streets to demand for the return of civilian government over 20 years ago.

It added that the participants would also have the opportunity to ask questions that would possibly help prepare them for the future.

It said that the event would be held virtually via Zoom and streamlined across various internet platforms, to accommodate large number of attendees while remaining in compliance with government directives on social distancing.

The day is celebrated annually in some states to commemorate the annulment of June 12 Presidential election in 1993.

President Muhammadu Buhari has directed state governments and the Federal Capital Territory (FCT) to enforce the use of face masks in...
Read more
POLITICS

Fuel Cell Electric Vehicles, What Their Future Looks Like

Stallion Auto Keke Limited, a subsidiary of Stallion Group, on Friday, made public its acquisition of Bajaj dealership, an event, crowned...
Read more