Avoidable Death: How to Stamp out Police Power Abuse on Nigerian Roads 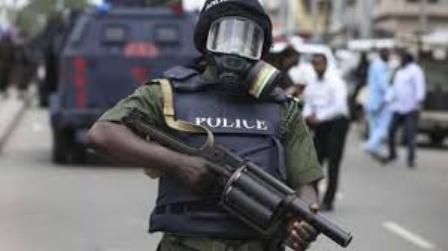 In recent days I have read of the death of a young man, supposedly at the hands of SARS officers. Not only is that a sad indictment of the nation as a whole, but of the servants of the law in particular.

Most worrisome is the attitude of the police officers themselves and, indeed, any that wears a uniform. In my opinion such people, even before they joined the police force, already internalised this attitude of ‘what-can-you-do-for me’, a thought process that intensified the moment a uniform is worn along with a sense of immunity.

Worst, from my understanding, there is no monitor. Had there been a way of keeping an eye on the officers throughout their working day, often reported misdemeanour and alleged corruption among members of the force would reduce dramatically, to the benefit of all.

Giving the recent death of the said footballer, time to stop the mess is now. The present Nigerian experience with its police force reminds one of what United Kingdom went through in the 60s, after coming out of a devastating war. Now it’s difficult for any police officer to misbehave, because they are all being monitored with modern technology. Cameras are attached to every police uniform as well as their patrol vehicles. So their conduct and that of suspected criminals and acquaintances during official duties are recorded.

What Nigeria should do

The technology is out there. With strong and patriotic political will, the federal government of Nigeria should slightly change the police uniform, make for each officer  new set of uniform sewn from the same location with special camera stitched onto them. Cameras should be mounted on every police patrol vehicle also.

And every division must hve a control room, with sensors linked to those cameras, such that wilful or accidental removal of camera from any uniform or vehicle should trigger an alarm, flagging the particular officer’s number of vehicle code.

I know some would say “they can be tampered with”. In reality, being linked to a main control room that monitors all that takes place when officers are on duties, the devices are tamper proof, as an alarm goes off whenever the said devices are removed or fiddled with.

I suppose dissenters would say:  “that’s all well and good, but this is Nigeria. How can we maintain such equipment? It would be expensive to equip all the police…” and so on.

My take is this. Do you want it resolved? Or do you moan and bury your head in the sand? This is a problem that can be reduced. Uniform cameras that run on long life batteries or even small solar panels inserted in pockets down the sleeves. Car cameras are not new, what is new is the fact they are used to maintain law and order

My take is this. Do you want it resolved? Or do you moan and bury your head in the sand? This is a problem that can be reduced. Uniform cameras that run on long life batteries or even small solar panels inserted in pockets down the sleeves. Car cameras are not new, what is new is the fact they are used to maintain law and order, not just as an aid to the police, but also as a safety device for the population as a whole.

What is happening now in Nigeria, was the normal state of affairs in England during the fifties and sixties. Rival Eastend gangs headed by hardened thugs were forever causing fear in the hearts of the people of London. They owned top ranking policemen and judges. These were the days of bodies found floating in the Thames, or of disappearances, most probably cemented into the foundations of buildings, because, you have to remember, this was not that long after the 2nd world war and parts of England were yet to be rebuilt.

So to say that some police men were, what is termed in England, bent, would have been a slight understatement. Justice during that time was not always done.

This was not only the case in London, but throughout the whole of Britain. Some of the mess from that time still lingers, but because of high tech the incidences of bent coppers have been reduced. I can remember my father driving on the motorway, when we were young and commenting on what he termed as useless gantries across the road, not knowing that they contained cameras. And that was in the mid sixties.

The point I’m trying to make is that excuses can always be found, but resolve is harder to find. How desperate are Nigerians to solve this problem? More to the point, when will something be done? The death of a young man with his whole life ahead of him is sad, no denying that, but what else will come to light, and even more importantly much more do we take?.

By:MATILDA FRANCES As Corona virus pandemic ravages the earth planet, motorists should be thinking of their own safety....
Read more