Why Nigerian Auto Assemblers Must Generate their Own Power 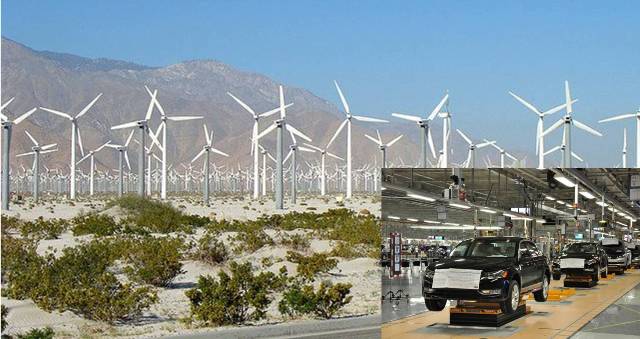 [dropcap]O[/dropcap]n a serious note, I have often wondered why it is difficult for Nigeria to generate enough megawatts for 24-hour power supply. Sometimes, I have been made to think that our past leaders might have signed a deal with darkness to ensure that, no matter the amount of money sunk into the power sector, the country’s electricity would remain epileptic.

Over the years, thrillions of money wasted on the power sector should have translated to over 50,000 megawatts, which could have generated enough for a stable supply. Post-apartheid South Africa leaders saw an urgent need to embark on steady economic growth through industrialization. So, they increasingly focused on mass electricity generation programme, pushing power into deep rural areas.

Years of massive investment in power infrastructure by Eskom, the Government Department of Energy since 1980, has seen the country generating over 45,000 megawatts with over R 350 billion.

Whereas Nigeria, with N2.74 trillion investment in power infrastructure by former regimes led by Obasanjo,Ya’ Adua and Jonathan in 16 years  could not generate just 5,000 megawatts, which is shameful.

Be that as it may, Nigeria remains the largest economy in Africa, in spite of the leadership and political shortcomings. Some investors would not stay away from Nigeria, no matter what, because of the nation’s huge market. Some who deserted the country for lack of regular power supply ended up coming back. In truth, the market is here. If it is true that the country has large market and you can always sell what you produce, then power supply should not be an insurmountable problem?

An investor, who have sunk millions of Dollars into automobile plant could as well avoid political frustration by being self sufficient, especially in the area of power generation. I mean, having set up your plant in Nigeria, why not simply compliment it with power generation? That seems to be the trend all over the world now. For instance,  in the United States, General Motors announced late last year that its Arlington Assembly plant would soon be able to build up to 125,000 trucks a year using wind power from turbines whose blades span the length of a football field in diameter.

Arlington Assembly produces more than 1,200 vehicles daily, including the Chevrolet Suburban and Tahoe; GMC Yukon and Yukon XL; and Cadillac Escalade and Escalade ESV. The 115 million kilowatt hours of renewable energy will be enough to manufacture more than half of the plant’s annual vehicle output.

To achieve that, GM signed a power purchase agreement with EDP Renewables North America, a fully owned subsidiary of EDP Renovaveis, for its first U.S. wind power – 30 MW of energy from the planned 250 MW Hidalgo Wind Farm in Edinburg, Texas. Fifteen of the wind farm’s 261-foot-tall turbines will generate the energy GM will use. Imagine that.

In September 2014, Honda commenced building a wind farm in the city of Xangri-lá in Rio Grande do Sul, the southernmost state in Brazil to power its auto manufacturing.

As Germany moves to eliminate nuclear energy and keep renewable energy growing, one of the positive, even if unintended, results is that manufacturers are developing independent energy systems to power their plants. Rather than pay increasing rates for energy from  national grid, BMW, Volkswagen and Mercedes-Benz are stepping up investments in their own on-site energy sources.

As far back as  2011, a new 500 kilowatt solar farm at Ford’s Michigan Assembly Plant began generating electricity to help power the facility. The solar farm was integrated with a 750-kilowatt energy storage facility based on deep cycle batteries capable of storing 2 million watt-hours – enough to power 100 average Michigan homes for a year. A 50-kilowatt-hour facility was also constructed to demonstrate the possible reuse of vehicle electric batteries for stationary energy storage.

There are many more examples from around the world and even Nigeria.

So why can’t auto assemblers in Nigeria think about this and get fully independent? It would translate to gain at the long run, you’d agree. One can understand that things are not that rosy at the moment due to FOREX scarcity.

Honestly, for a while, had had to ponder over this power problems suffered by the nation’s auto industry until I got a confirmation last week, when I had a chat with the General Manager of Perfection Motors Limited, assembler of FAW truck, Mr. Adrian Fourie, who incidentally is a South African. He said, his company was aware of inadequate power infrastructure in Nigeria and so got fully prepared to tackle it.

“If you discover that you are having problem in terms of power, you have to create your own infrastructure,” said Mr Fourie, adding, “We generate power, water and other infrastructure we need. We are self sufficient. We don’t have to run on government infrastructure.” Interview of that day made my day.

In today’s world organizations that seriously mean to do business in a country like Nigeria should add energy independence to its capital budget. Ford did it in America and Dangote has done it in Nigeria. I was stunned the other day, when I visited Redemption Camp, a mega city of RCCG, located along Lagos-Ibadan Expressway. My visit to the city three weeks ago was at the instance of a lawyer friend who wanted me to meet him there, while coming from Anambra state. He eventually picked me up at the gate with his car. As we drove through a street, I was virtually screaming when I saw the infrastructural development in the camp.

But my friend simply  said, “you have not seen anything. They have 24 hour electricity here.” Today, Redemption city is like a country in a country. They have everything. They created them. If we are determined, we can always create our own world.

And submission of Fourie is the best option for auto assemblers who have been approved by NADDC to assemble SKD and CKD in Nigeria. If , indeed they want to succeed, they should create their own power and guide against unpleasant surprises from Nigerian government, as the likes of Peugeot and VWON experienced years back.  We will not relent in putting pressure on the government to make foreign exchange available to Auto assemblers so that they can procure  production kits.

My prediction is that by the time the nation succeeds in generating 24-hour power supply, it would become too expensive, adding  too much to cost of production. As a result, local auto manufacturing might become almost unprofitable.  I advise stakeholders of Nigerian auto industry to take a cue from FAW. Create your own power infrastructure, instead of  waiting for Nigerian government.

[tabs type=”horizontal”][tabs_head][tab_title][/tab_title][/tabs_head][tab]”In today’s world organizations that seriously mean to do business in a country like Nigeria should add energy independence to its capital budget. Ford did it in America and Dangote has done it in Nigeria…” – Rotimi Asher[/tab][/tabs]

Why Digital Car Buying Will Always Need Some Human Interaction

MARK DOMMISSE Industries, in general, are aware of the need to address a variety of challenges presented by the digital world in which we now...
Read more
Opinion

ROTIMI ASHER The history of Nigeria’s auto industry is a paradox. For three decades, the nation’s successive governments failed to key into the industry’s viability. And...
Read more
Contributors

Can We Rise From COVID-19 Ashes and Win Climate Battle?

Euro NCAP, on Thursday, published its third round of safety results for 2022. The KIA EV6 and the Mercedes C-Class, both large family cars,...
Read more
Load more
10
SHARES
FacebookTwitterSubscribe