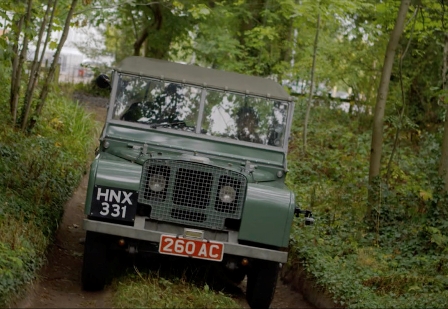 Thanks to a chance encounter this summer, Land Rover has fulfilled a lifelong dream of retired employee Dorothy Peters to go off-road in the vehicle she worked with 70 years ago.

Solihull-born Dorothy joined the service department at the Lode Lane factory in July 1946 at the age of 15, working alongside the first Series Land Rovers to be built at the site. To mark the 70th anniversary of Land Rover in June this year, Dorothy went to the celebration event in Solihull, UK, with a photograph album of her time working at the plant. Little did she know that one particular picture would trigger a series of events that would reunite her with a very special Series Land Rover – number 16.

The reunion was made possible by Mike Bishop, Land Rover Classic’s Reborn Engineering Specialist and heritage expert, who spotted an old photograph of Dorothy posing next to a car he now owned. It was at this point the Land Rover team decided to create an experience Dorothy would never forget.

“Over the course of Land Rover Fest I was fortunate enough to talk to many enthusiasts and former employees,” Mike said.“When I was approached by a very charming lady with some pictures of her time at Solihull, I had no idea we would share a special connection to ‘number 16’. Her enthusiasm for the company and this vehicle in particular was wonderful as was her surprise when she discovered I now owned the car! I knew instantly we needed to reunite them.”

Over the course of the following weeks the Land Rover team at Solihull worked with Dorothy’s daughter to create a day full of surprises, bringing her back to Solihull and back to the car she posed next to in the treasured photo 70 years earlier. The results were captured in a heart-warming film to mark the end of Land Rover’s 70thanniversary year. 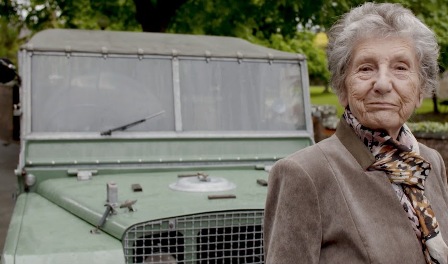 Dorothy said: “I couldn’t believe the reaction to my pictures at the Festival in Solihull. I had no idea this one conversation would take me on a journey down memory lane and on the wonderful off-road track at Solihull.

“The opportunity to share this day with my daughter and granddaughters was a wonderful surprise and to see how different the factory is today was very special. It all felt like a dream and I won’t ever forget it.”

To complete the surprises, Dorothy and her friends were given a preview of the reunion film in a special screening at Dorothy’s retirement home.

The Solihull celebration, LR FEST was one of a number of events commemorating 70 years since the original Land Rover made its debut at Amsterdam Motor Show in 1948. Land Rover has marked this milestone with a series of celebrations throughout 2018, including a special broadcast, record-breaking convoys and a display in London’s Design Museum.

African oil-producing and reliant countries have been among the hardest hit by the COVID-19 pandemic and declining oil price. In particular,...
Read more
Features

After nearly a decade as Bentley’s flagship model, the Mulsanne will soon complete its production run and...
Read more
My Life, My Car

BMW works driver Philipp Eng (AUT) is a talented all-rounder behind a steering wheel. He has won Formula races, as well...
Read more